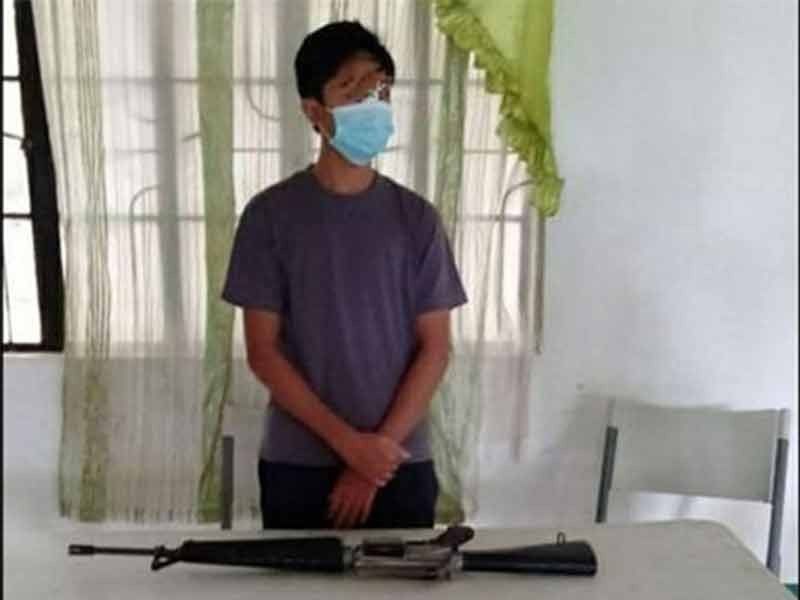 A TEENAGE member of the Daesh-inspired Dawlah Islamiyah has surrendered to government authorities in the province of Lanao del Sur, the military reported Thursday, September 24, 2020.

Cuerpo said Khalid, who turned over an M-16 “Baby Armalite” rifle,” underwent the usual procedure like custodial debriefing and processing of papers for the integration of rebel returnees.

He said Khalid has decided to surrender since he is already tired of hiding in the mountains and that the teenager wanted to continue his studies.

Cuerpo said Khalid was involved in a series of clashes in 2019 in different areas of Lanao del Sur.

“With the strengthened focused military operations, your Army here in Lanao del Sur will continue to pursue these local terrorist groups to prevent them from sowing atrocities in the communities. We have to save our youth from getting involved in the extremist adventurism and give them a chance to have a better future with their families,” Cuerpo said.

The Army official appealed to the Meranao communities to be more vigilant, cooperative, supportive and helpful in the fight against violent extremism, “which caused death and misery to our fellow Filipinos as clearly experienced in the 2017 Marawi Siege.” (SunStar Zamboanga)