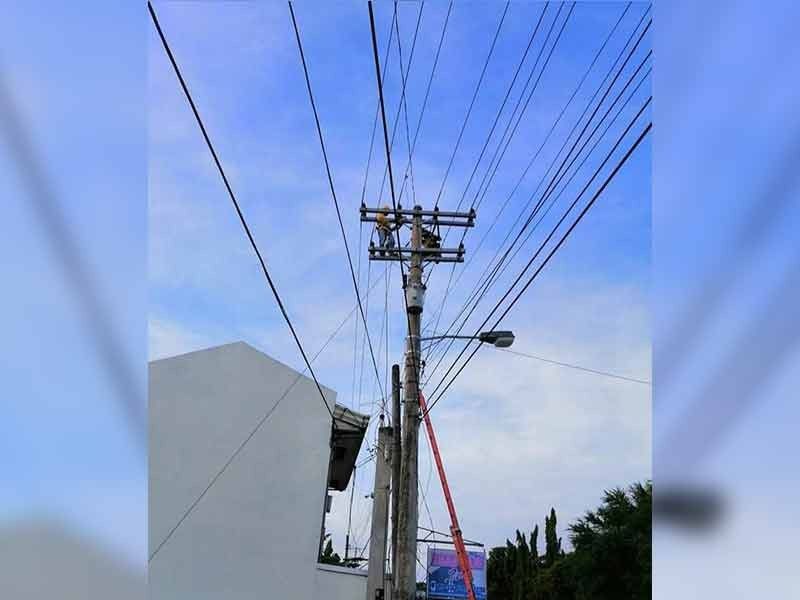 TWO electric cooperatives in Negros Occidental have announced a drop in their respective power rate this month.

The Negros Occidental Electric Cooperative (Noceco), catering to consumers in the southern portion of the province, from Pulupandan to Hinoba-an, reported a decrease of P0.3101 per kilowatt hour (kWh) in its residential rate.

Noceco general manager Jonas Discaya, in an advisory, said the main driver of the lower electricity rate this month is the P0.3402 per kWh decrease in the generation charge.

Discaya said there is a reduction P0.1985 per kWh from Wholesale Electricity Spot Market (Wesm).

The current average price of Wesm is P2.1865 per kWh compared to its previous month cost of P2.3850 per kWh.

"The scheduled outage of Kepco Salcon Power Corp. (KSPC) in which the share of its power contracted by Noceco was replaced by Wesm," he said, adding that "with the lower electricity price from the spot market, it resulted in the reduction in the average price of the generation rate."

The power distribution utility further reported a decrease of P0.0963 per kWh in the Power Supply Agreement (PSA) with KSPC.

Other factors that contributed to the overall reduction in rates are decreases in transmission rate of residential customers - P0.0264 per kWh; subsidy rates - P0.0021 per kWh; and value added tax (VAT) in generation rate - P0.0417 per kWh.

It said the overall rate decreased despite the price increase of P0.0752 per kWh in PSA with Palm Concepcion Power Corp.

Also, there is an increase of P0.1000 per kWh in systems loss charge, and VAT increase on transmission rate of P0.0003 per kWh.

Discaya said the cooperatives distribution, supply and metering charges remain unchanged despite the reduction in the overall electricity rate for this month.

Member-consumers, he said, are advised to conserve energy and to be aware of their energy consumption to avoid paying high electricity bills.

"Please note that the generation and transmission rates are pass-on charges paid to the respective power suppliers and National Grid Corporation of the Philippines (NGCP)," Discaya explained, adding that "the collected amounts on these charges are not retained by Noceco."

For the northern part of the province, the Northern Negros Electric Cooperative (Noneco) reported a decrease of P0.5379 per kWh.

The utility caters to electric consumers from E.B. Magalona to San Carlos City.

Its Corporate Planning manager Paulino Almedelia said that from P9.7611 per kWh in August, the effective rate dropped to P9.2231 in September.

Almedelia said this is resulted from the decrease in generation charge by 0.4225 per kWh due to lower Wesm cost.

"There are also decreases in transmission and systems loss charges by P0.0453 as well as those in other charges including VAT of P0.0721 per kWh," he added.

The remaining electric consumers in the province are catered by Central Negros Electric Cooperative (Ceneco).

It covers the cities of Bacolod, Bago, Talisay and Silay, and towns of Murcia and Salvador Benedicto.

The cooperative has yet to announce its power rate for this month.