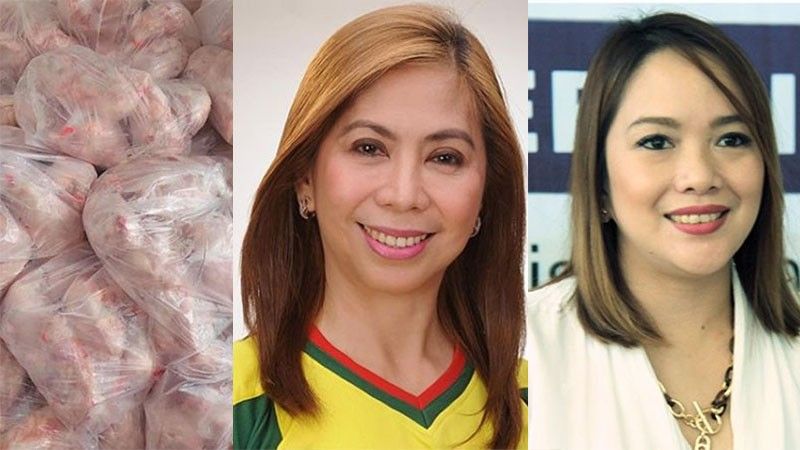 WHY MANILANS KEEP CALLING IT 'WHITE SAND.' The covering on a stretch of the coast of Manila Bay is dolomite, from Cebu, and yet they continue calling the crushed rocks "white sand." The case has gone to the Supreme Court, which may set the use of terms right.

After charging that Presidential Spokesman Harry Roque was meddling into the Land Transportation Office controversy in Region 7 because the lawyer of the motorcycle dealers was his associate in the law practice, Regional Director Victor Caindec apologized, virtually eating back his word alleging corruption by others.

Thursday, September 24, on Dobol B News TV, LTO-7 chief Caindec explained why he made the accusation. Maybe, he said, he was hurt or was mistaken ("nasaktan o nagkamali") since he is not used to politics in government.

Caindec said he had reached out to Roque, telling him, "Pasensiya na po" that he answered him directly. But it was not meant, Caindec said, to make Roque feel that he was fighting him.

Caindec's apology explained why he struck back but did not withdraw his accusation. He did not say that what he said about Roque ("Who's the corrupt now?") was not true.

Roldan de los Reyes, former "executive assistant" of Cebu City Councilor Prisca Nina Mabatid, complained Monday, September 22, before the Visayas deputy ombudsman that she had been using City Hall staff and vehicles to engage in private business, selling meat products, including dressed chickens. Councilor Mabatid, who had fired the "co-terminus" employee, promptly denied the accusation, saying she was retailing them for some of her constituents to earn money during the pandemic.

The next day, Sambag 1 residents led by one Marco Flores Gingoyon wrote again to Mayor Edgar Labella "to reopen" the investigation of the "missing" chickens that were donated to the city last May.

The new talk about chickens re-ignited the "crusade" of Gingoyon who last June wrote to Labella about the chickens donated by a food company to the residents of the city but were allegedly sold by Councilor Edu Rama. Rama has denied the charge, saying they were given away to deserving beneficiaries.

Was the mayor-ordered investigation ever completed and closed? If it was, the result was not announced.

What the public knew was that both BOPK's Councilor Franklyn Ong, ABC chief, and Partido Barug's Councilor Rama -- who received the chickens (totaling about 37,000 heads) -- declared they had distributed them to deserving recipients in different barangays. But nothing has been heard from the City Council, which agreed to conduct an inquiry, or the Commission on Audit about their respective findings.

In his new letter to Mayor Labella, Gingoyon said other persons, not just the city officials, may be involved. He also asked the city councilors to "conduct a separate inquiry."

Mabatid told Bzzzzz Thursday, September 24, that she had "nothing to do" with the chickens. She said she learned about the donated poultry only when the issue was raised in the City Council. She didn't say though how she voted on the resolution ordering an inquiry into where the chickens went.

On Gingoyon's allegation that the Noah (for the torturously long New Normal Oasis for Adaptation and a Home) Complex 5,000 live chickens, former councilor Joy Pesquera told media she did not accept the offer because Noah could not afford to pay the P50,000 to have the chickens dressed and didn't have a big freezer to store the meat.

One claim denied, the other debunked. Not a good start for the new request for investigation.

A City Hall watcher quipped, "When will the souls of those poor chickens get to rest in peace?"