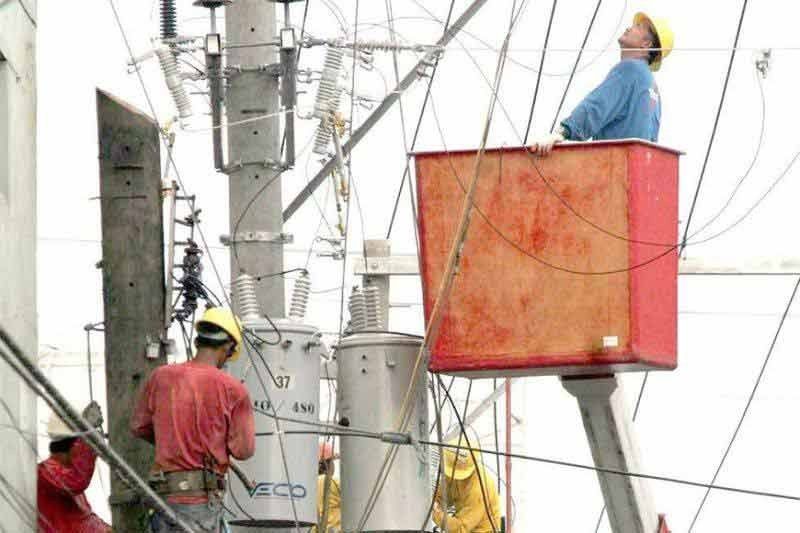 VISAYAN ELECTRIC. In this file photo, linemen are seen inspecting power lines in Cebu City to ensure the smooth flow of electricity into homes and commercial establishments. Visayan Electric announced that starting Oct. 1, 2020, service to those who have not paid their bills for months and those with huge pending bills will be disconnected. / SunStar file

Mark Anthony Kindica, assistant vice president for customer service, said on Thursday, Sept. 24, those with huge unpaid bills and those that haven’t paid in months will be the first to be disconnected.

Power consumers are advised to settle their pending bills immediately.

The disconnection schedule in Cebu City came late as the city faced an extended lockdown since March due to the rising Covid-19 cases.

The Energy Regulatory Commission (ERC) in an advisory on July 7, 2020 said distribution utilities and electric cooperatives in Cebu Province, particularly in places that were still under enhanced community quarantine (ECQ), were directed not to effect any disconnection on account of unpaid ECQ bills of electricity consumers until September 2020.

Kindica said uncollected amounts due to payment extension, installments and delayed disconnection went as high as almost P2 billion in May but went down to P1.6 billion in July.

Meanwhile, the Visayan Electric plans to offer its prepaid electricity service by 2021.

The commercial rollout, however, will depend on the ERC’s approval.

The prepaid electric retail service will allow consumers to control and manage their usage and consumption much like that of a prepaid service in mobile phones where consumers load and reload whenever they need to, providing flexibility in electricity spending.

Consumers will also get low load reminders and other notifications.

The innovation also eliminates due dates, surcharges, and bill shocks.

Daryl Bonbon, Visayan Electric officer-in-charge for engineering operations, said this new service is being pilot tested by some 30 Aboitiz Power employees since 2019.

Bonbon said as soon as Visayan Electric gets the ERC’s approval, it will begin the commercial rollout of the service to residential consumers.

The company, though, has yet to determine the minimum load requirement for this new offering.

In 2019, Visayan Electric served a total of 450,087 customers—residential, corporate and industrial—in the cities of Cebu, Mandaue, Talisay, and Naga, and the municipalities of Consolacion, Liloan, Minglanilla and San Fernando. (KOC)