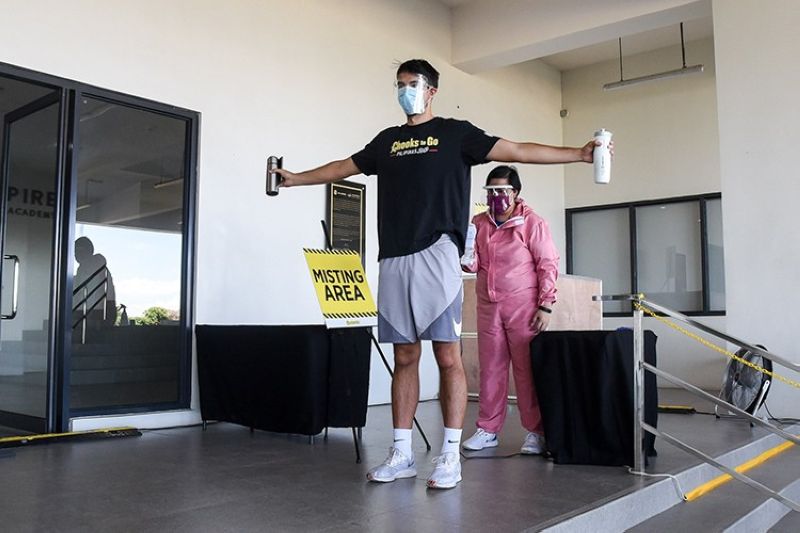 The Chooks-to-Go Pilipinas 3x3 will be transitioning to a full “bubble” set-up after its initial application for a license for resumption was denied by the IATF in spite their strict adherence to health protocols. (Chooks-to-Go)

THE Chooks-to-Go Pilipinas 3x3 will move to a full “bubble” set-up after the Inter-Agency Task Force (IATF) on Emerging Infectious Diseases denied its application for a license for resumption for the President’s Cup.

This development came to be after the Department of Health expressed that it would only give permission to tournaments that would be held inside a complete “bubble.”

The country's first-ever professional 3x3 basketball league proposed a semi-bubble set-up for the President's Cup which will see players and staff that have gone through strict testing stay inside the Inspire Academy in Calamba, Laguna for four days.

Chooks-to-Go Pilipinas 3x3 president Ronald Mascariñas has since called for an emergency meeting in a bid to change course to adhere with the government’s instructions.

"We are committing to doing a full bubble with each conference taking place inside Inspire Academy for 15 days," said Mascariñas.

When asked if this will put the planned October 2 start date moved, Mascariñas shared they will try hard to get clearance from the agencies involved.

Games and Amusement Board chairman Baham Mitra added that he will help Chooks-to-Go Pilipinas 3x3's appeal.

Since August, Chooks-to-Go Pilipinas 3x3's protocols have been widely lauded by GAB and Commission on Higher Education.

“I’m impressed with the preparations being done by Chooks-to-Go,” said Mitra last Monday after the test run in Inspire.

“They did not just meet the requirements but also improved on their submitted safety protocols,” he added.

Chooks-to-Go Pilipinas 3x3 implements weekly PCR tests for its players while having antigen tests before workouts. Players, staff, and officials are also required to log in GET Philippines' contact tracing application.

Besides this, family members and household helpers of each player, staff, and official also have to undergo PCR tests and have GET Philippines accounts when the league participants are inside the bubble. (JNP)