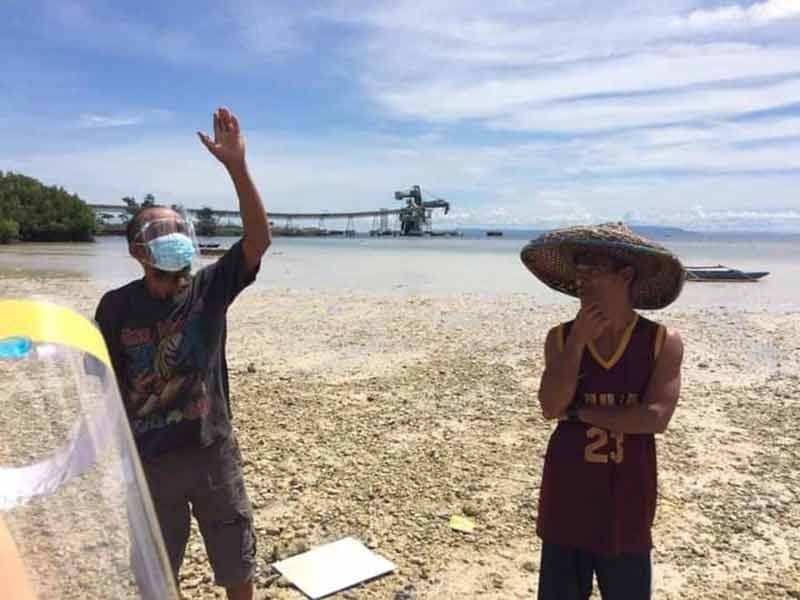 NO COMPLAINTS. Fishermen Jerry Dueñas, 51, and Crispin Medina, 40, from Brgy. Pugalo, Alcoy claim their fish catch has not been affected by the mining operations in the southern town.Photo by Alex Badayos 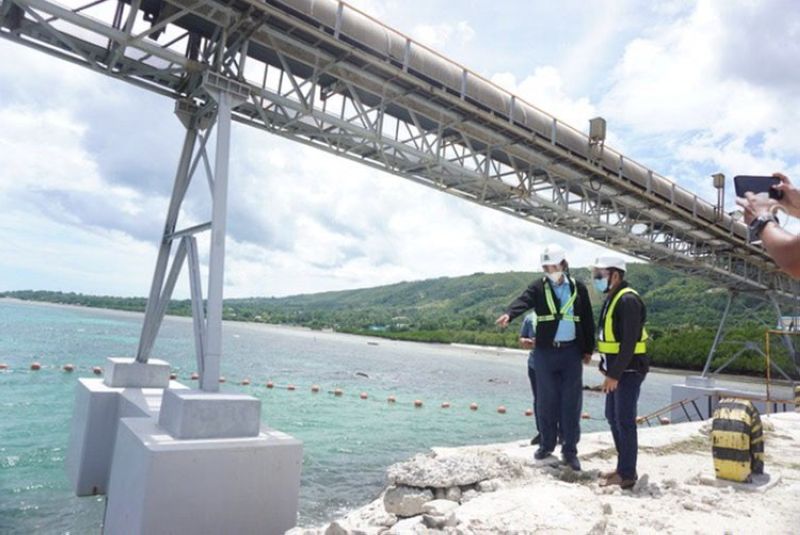 ENVIRONMENT Secretary Roy Cimatu on Friday, Sept. 25, 2020, ordered the two companies that supplied dolomite sand to Manila Bay to temporarily cease their operations in Alcoy to pave the way for an investigation into the air, water and coral quality in Brgy. Pugalo.

Cimatu issued the order less than a week after Cebu Gov. Gwendolyn Garcia asked the Department of Environment and Natural Resources (DENR) to look into the claim of environmentalist group Sea Knights that crushed dolomite particles have caused heavy siltation and damaged the corals in Alcoy’s municipal waters.

The order covers the quarry operations of Dolomite Mining Corp. (DMC), and the processing and transport operations of Philippine Mining Service Corp. (PMSC).

“Then after, we will know whether there is really a violation or not. If there is, then we have to suspend the companies,” he added.

“I thank Secretary Cimatu for acting quickly. He has, I’m sure, already been apprised of the investigation that we had conducted and from the reports that have arrived and been discussed yesterday,...there are obvious violations to the ECC,” Garcia said.

She said she had considered issuing a cease and desist order (CDO) to the two companies after the Provincial Environment and Natural Resources Office (Penro) inspected the silted area.

Based on reports that she received, some of the crushed dolomite rocks transported through a conveyor belt to cargo vessels docked at the PMSC private port have apparently fallen into the sea and damaged the coral beds.

Alcoy Mayor Michael Sestoso, for his part, said he will call for a meeting to come up with measures to help the DMC and PMSC employees who will be affected by the suspension of operations.

As part of the investigation, Cimatu directed the Environmental Management Bureau (EMB) to take water samples from the area below the conveyor belt to find out if the water is contaminated.

The EMB was also ordered to conduct ambient air testing in the area.

Cimatu also instructed Penro-Cebu to assess the health condition of the coral ecosystem in the area.

The Mines and Geosciences Bureau Central Visayas (MGB 7) was tasked to convene the Provincial Mining Regulatory Board of Cebu, which is chaired by the MGB 7 regional director, to discuss mining-related concerns.

“I’m very particular when it comes to environmental violations of mining companies since this is my first time to come here. I’m satisfied with what I see in their operations but I have to wait for the results,” Cimatu said.

Antonio Castillo, PMSC senior manager for corporate planning, said they will wait for the results of the investigation and abide by any order from the DENR secretary.

“We will follow because they are the regulating body,” Castillo said.

The PMSC processes the dolomite rocks extracted by DMC, the only large-scale producer of dolomite materials which holds the 25-year mineral production sharing agreement (MPSA) No. 208-2005VII.

This allows DMC to conduct dolomite quarry operations in 524.6103 hectares of land within the municipalities of Alcoy and Dalaguete, Cebu. Its permit will expire in 2030.

PMSC, meanwhile, holds a mineral processing permit denominated as MPP-007-2005VII, which will expire in 2023.

Residents in the area said they have not encountered any problems related to the operations of the two companies.

Sonny Ebora, 50, who worked with PMSC for three years to undertake drilling and blasting activities, said they have no complaints, except that the companies should pay taxes.

“We are living under the rule of law. We should follow what the law dictates,” Ebora said.

Barangay Pugalo fishermen Jerry Dueñas, 51, and Crispin Medina, 40, said they have been fishing near the site of the conveyor belt since they were teenagers.

“I can catch two to three kilos of fish in just an hour and I sell them to our neighbors,” Dueñas said.

Both said their fishing activities were not affected.

Medina, however, said he noted that some corals were damaged but their fish catch remains the same.(JOB with ANV)