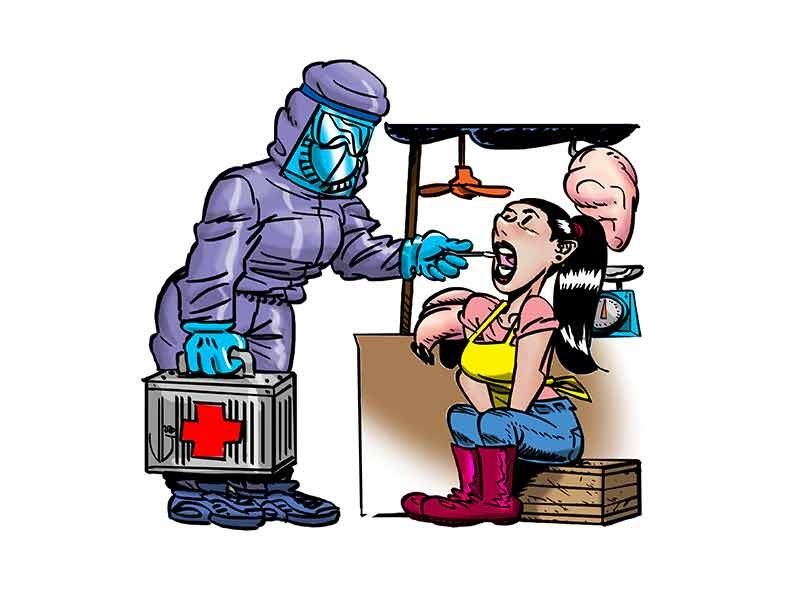 According to it, the two major sources of coronavirus disease 2019 (Covid-19) transmission in the city are supermarkets and public markets.

It’s alarming because many people frequent these places. And it’s not a matter of choice either. They have to go there to procure stuff like the food they put on their tables and other basic necessities that they need for their daily existence.

On Sept. 16, the EOC was able to trace nine Covid-19 cases to these two places, which account for 24.4 percent of outside transmission.

It might not sound much, but for the highly infectious Sars-CoV-2, the virus that causes Covid-19, it only takes one person to infect hundreds if not thousands of healthy individuals if undetected.

This must be why the City Government recently announced that it would test 2,000 vendors at the Carbon Public Market next week.

The testing would have taken place much sooner but decision makers at City Hall could not agree on what method to use.

The Carbon Public Market is the largest public market in Cebu. Before the pandemic struck, it was home to nearly 5,000 vendors and stall owners.

The number is currently down to 1,000 stall owners and 1,000 ambulant vendors.

Majority of them supported the City’s move. However, some of them wanted to know what would happen to them and their merchandise if they tested positive.

Garganera said the EOC still has to come up with guidelines to address their concerns.

The City cannot test all vendors at the same time because that will mean shutting down the market for two days at the very least.

That will only force shoppers to go to the supermarkets, the other major source of outside Covid-19 transmission.