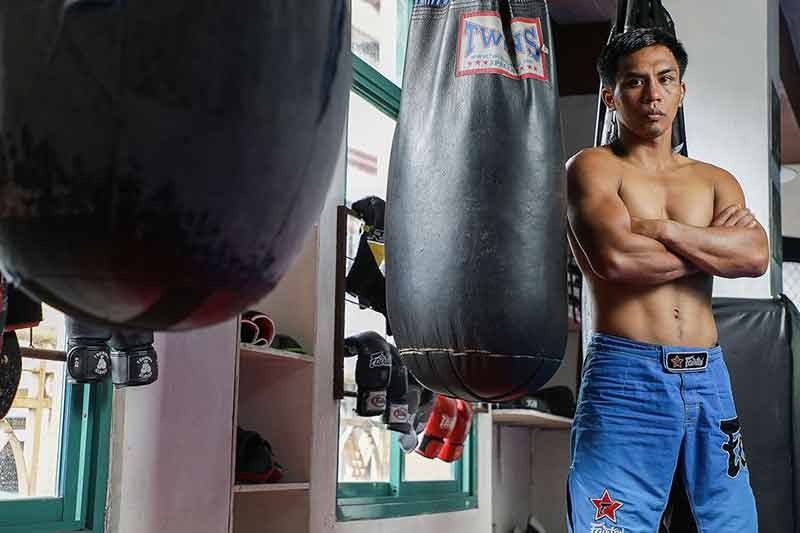 LAKERS FAN. With the NBA playoffs underway, Kevin Belingon roots for the Lakers and bets for the Los Lebron James led squad to win this year's title. (ONE photo)

LIKE majority of Filipinos, Kevin Belingon of the famed Team Lakay is also an avid basketball fan and watching the 2020 NBA Playoffs very closely.

Belingon is one of the most exciting bantamweights on the ONE Championship roster and is known for his explosive offensive style in the Circle.

"I love watching NBA games. It's a nice change of pace from the usual martial arts. I try to watch whenever I can, outside of training of course. I would say that I'm a huge fan of basketball," said Belingon.

With the 2020 NBA Playoffs well underway, Belingon already has a pick to make it to the end and win it all.

"These NBA Playoffs in particular are pretty interesting, because of how they execute these events in the time of Covid-19. There are no fans watching, but I'm amazed at how the players are still able to keep the intensity despite that fact," he said.

"This year, I think the Lakers will beat the Nuggets and go all the way to the NBA Finals. Lebron James and Anthony Davis are such a potent 1-2 combo. They are hard to stop. From what I've seen so far, I don't think the Nuggets can beat the Lakers in a seven game series," said Belingon.

"The Lakers are going to win this season's NBA title. I just can't wait to get back in the Circle and do what I love to do best," added Belingon.

Hardened by the rough living conditions on the rural mountainside of Ifugao, Belingon picked up martial arts when he was just a young boy, inspired by the legendary Bruce Lee.

Eventually, he began following his passion, training in martial arts and becoming a wushu champion.

The 32-year-old veteran debuted in ONE Championship in 2012, and has since built a solid career, consistently placing in the Top 5 in his division.

But despite being an elite martial artist, Belingon said he enjoys participating in other athletics, including basketball.

"Just like martial arts, which is ingrained in the Filipino culture, basketball is always in the heart of our people. You won't find any other country more passionate about basketball than the Philippines. For us, there's no fun in life if there's no basketball," said Belingon.

"I do enjoy playing basketball whenever I can, like everyone else does. Unfortunately, I'm not very good at it. My spinning back kick is much better than my mid-range jumper," Belingon added.