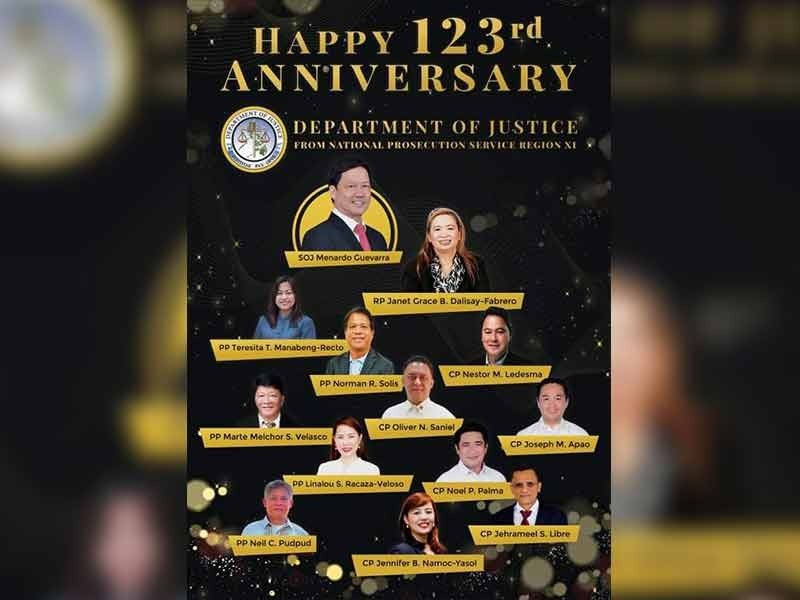 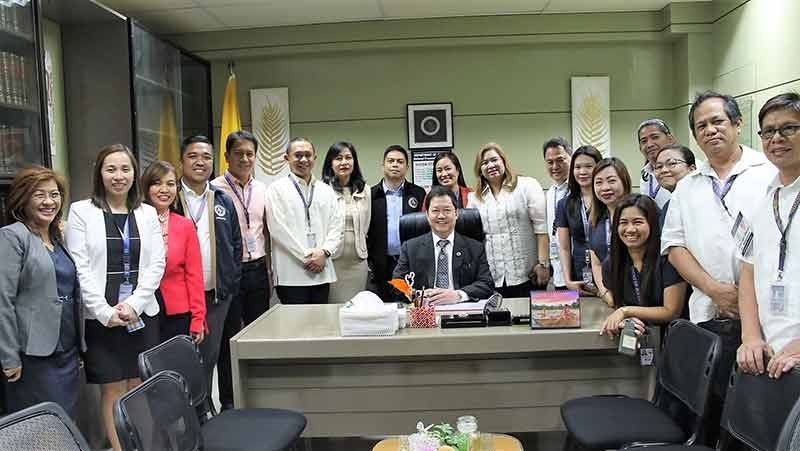 TODAY marks a memorable occasion for the Department of Justice (DOJ).

About 123 years ago, shortly after the proclamation of independence on June 12, 1898, President Emilio Aguinaldo resurrected the department as the Department of Justice through a September 26, 1898 decree.

Today, the DOJ continues to pursue its primary mission "To Uphold the Rule of Law" with its "Justice for All" motto.

The Office of the Secretary (Osec) of the department is composed of the National Prosecution Service (NPS), the Legal Staff, the Administrative, Financial, Technical and Planning and Management Services and the Board of Pardons and Parole. While the constituent and attached agencies include the National Bureau of Investigation (NBI), Bureau of Immigration (BI), Public Attorney's Office (PAO), Office of the Solicitor General (OSG), Office of the Government Corporate Counsel (OGCC), Bureau of Corrections (Bucor), Parole and Probation Administration (PPA), Presidential Commission on Good Government (PCGG) and the Land Registration Authority (LRA).

Under Executive Order (EO) 292, the DOJ became the government's principal law agency, its prosecution arm which administers the criminal justice system of the government by investigating crimes, prosecuting offenders and overseeing the correctional system.

The DOJ, through its offices and constituent/attached agencies, is also the government's legal counsel and representative in litigations and proceedings requiring the services of a lawyer; implements the Philippines' laws on the admission and stay of aliens within its territory; and provides free legal services to indigent and other qualified citizens.

The DOJ prosecutes criminal offenders through the NPS.

NPS is principally led by the prosecutor general. Its 14 regional offices are headed by regional prosecutors with all the provincial and city prosecutors under their administrative supervision under Section 7, Republic Act 10071.

Prosecutors, more popularly known as “fiscals,” play a very important role in the institution in the commencement of criminal cases in court. Strictly speaking, no criminal offense is initiated in court unless the appropriate proceedings required under the law were observed by the prosecutors, either through the conduct of preliminary, summary or inquest proceedings that serve as the basis for the filing of information in the court which has the jurisdiction.

The role of prosecutors in the administration of justice is oftentimes misunderstood due to a lack of information dissemination of the nature of their functions.

Prosecutors are working under the guidance of the Secretary of Justice, who is the alter-ego of the President. They are all under the executive department.

Principally, prosecutors in the investigation process for filing of criminal complaints in court do not determine the guilt of the respondent beyond reasonable doubt. They merely conduct an inquiry if there is sufficient evidence that the crime was indeed committed and that the respondent might be guilty thus must be tried to prove his guilt or innocence.

The specific tasks to hear, receive and appreciate evidence of proving or disputing the guilt beyond reasonable doubt are entrusted to the judges who are under the Judicial Department (Judiciary) of the State.

Significantly, after the prosecution indicts respondents who eventually become accused in the criminal information filed in court, prosecutors will now represent the State in the prosecution of the Accused including his civil liability arising from the criminal liability unless the private offended party engages a private lawyer to specially handle his personal claims who may be authorized by the public prosecutor to appear as private prosecutor upon approval of the court.

The tedious and rigorous duties of prosecutors as officers of the court are aligned with their specific role in the administration of justice as guided by the DOJ’s mission of upholding the rule of law and its Justice for All motto.

The manifold functions of prosecutors are geared towards providing efficient, effective and equitable administration of justice. Nowadays, the commission of crimes becomes more complex because of technology. The administration of the criminal system must develop a strategy to address this complexity, which must be a joint and cohesive effort of those involved in the investigation and prosecution to solve the crimes. In this way, they can satisfy the legal requirement and bring the offenders to court so that they will be convicted of the crimes they committed.

Aside from that, prosecutors may now actively participate in the investigation of crimes together with law enforcers to ensure compliance with the rules on filing of cases and legal procedures.

Prosecutors are also involved in the government’s wide-ranging information dissemination programs for various special laws where they get invited as resource speakers and lecturers.

Pursuant to the Local Government Code, city and provincial prosecutors also serve as legal officers of provinces or cities without legal officers.

To significantly celebrate DOJ’s 123rd Anniversary, NPS in Davao Region (NPS-Davao) prepared various activities focusing on the delivery of its services, skills and capability enhancement, physical, mental and spiritual development and other community-related involvement of our prosecutors and staff.

Legal assistance was the most requested service extended by the field offices to address legal issues arising during the pandemic.

Further, some field offices also held updates in penal laws and procedural and skills enhancement training workshops for law enforcers to guide them in the discharge of their duties in investigation and filing of cases before the prosecution offices.

The NPS-Davao is committed to upholding the vision of the department to attain a just and peaceful society anchored on the principles of transparency, accountability, fairness and truth. It is committed to promoting effective, efficient and equitable administration of justice.

In the pursuit of enhancing public service, it shall continue to explore and implement an effective provision of services that will satisfy the needs of clients, observe strict compliance with all applicable legal, regulatory and procedural requirements; and shall submit regularly for evaluation of risks and opportunities, feedback of clients and efficacy of the management system for continual improvement.