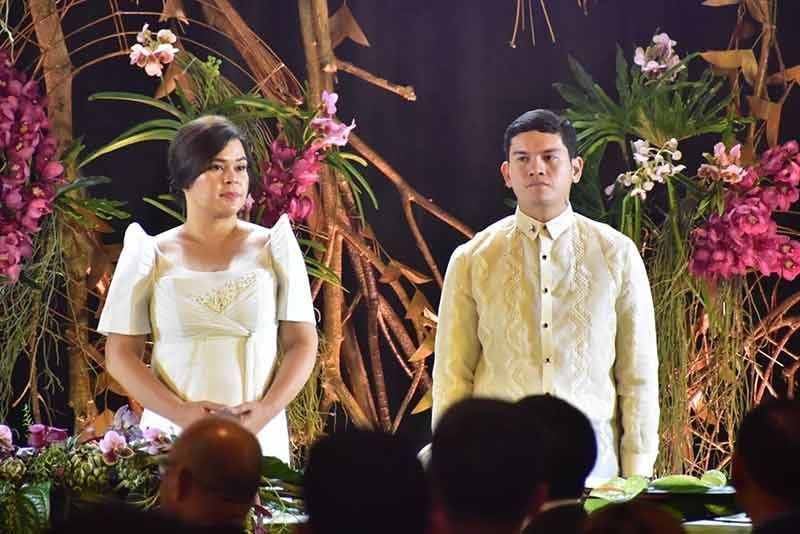 DAVAO City Mayor Sara Z. Duterte-Carpio will be taking a week-long leave from September 28 to October 5.

Davao City Vice Mayor Sebastian Duterte will be the acting mayor during those dates.

Duterte-Carpio said on Friday, September 25, she will be on a week-long leave of absence due to a personal errand.

"Naa koy i-assist na tao for medical reason, so kinahanglan nako mag-leave. Kinahanglan ko mag-out of town. (I will be assisting someone for medical reasons, so I need to take a leave of absence and have to go out of town)," she said in a radio interview via 87.5 FM Davao City Disaster Radio.

The mayor did not disclose the name or relation of the person she will be assisting, nor the place she will be going.

Duterte-Carpio reminded the public not to worry as she will still be monitoring the city's Covid-19 situation despite being out of town.

The mayor said according to law, the vice mayor will succeed as acting mayor whenever the latter will be absent for more than three days and is on an out-of-town trip.

She said she already informed Duterte of his appointment.

The vice mayor's succession as acting mayor is in accordance with Section 456 of Republic Act No. 7160 or the Local Government Code.

Duterte-Carpio said she is confident that her brother will be able to lead the city while she’s away.

(He already knows the job of the city mayor. He saw how his father did it, and now, he is the vice mayor. I'm sure he knows how to do it since he also observes me.)

The mayor reminded the public to continue observing minimum health standards to prevent the spread of Covid-19.

"Because the only time na pwede mo mag-panic is kung nag-panic nako. Kon wala ko ga-panic, ayaw mo og panic. And makit-an tamong tanan sa akong CCTV bisan paman asa ko," she said, adding that she will be coordinating with the city officials on the latest update in the city.

(The only time you need to panic is when I, myself, is panicking. So do not panic. Also, don’t think of doing anything suspicious because I am still closely monitoring all of you with my CCTV.)

The vice mayor has yet to issue a statement on the appointment, as well as announce who will be the acting vice mayor.