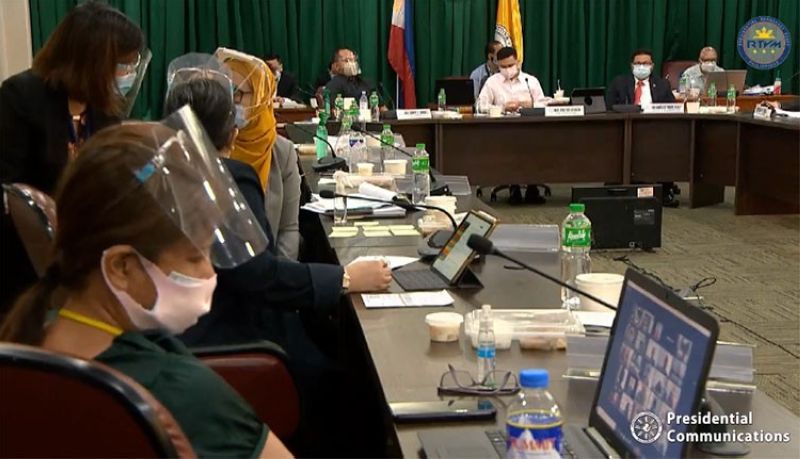 Screenshot from House of Representatives' video

The House panel began its deliberations on September 4, 2020.

After its two-week discussion, Appropriations Committee Chair Eric Go Yap confirmed on Friday night, September 25, that they have already approved the measure.

“As we have said many times, this year’s budget proceedings is both historic and challenging not only because of the ongoing Covid-19 pandemic but also because of other circumstances that this august chamber is in,” Yap said in a statement.

"We may have encountered a few bumps in the road during the past couple of weeks but it surely helped us recalibrate our focus and take one step closer towards our goal," the lawmaker added.

In August, Department of Budget and Management (DBM) Secretary Wendel Avisado submitted to Congress a P4.506-trillion national budget for 2012 that will help the government create projects to improve healthcare systems and create more jobs.

According to Avisado, the proposed budget for 2021 is 9.9 percent higher than this year’s budget of P4.1 trillion.

“The FY 2021 NEP (National Expenditure Program) will sustain government efforts and effectively respond to the Covid-19 pandemic by focusing on government spending on improving our healthcare systems, ensuring food security, creating more jobs by investing on labor intensive projects enabling a digital government and economy, as well as helping communities cope in these trying times,” he said.

Among the government agencies, the education sector will be receiving the biggest chunk of the budget, with a total of P754.4 billion.

Meanwhile, the Department of National Defense (DND) gets P209.1 billion despite facing complaints on alleged red-tagging.

During the Appropriations Committee's discussion on the Defense Agency’s budget for 2021, Kabataan party-list Representative Sarah Jane Elago confronted Lorenzana for posts that “red-tag” and disseminate “false information” against her and her Makabayan Bloc colleagues.

Vice President Leni Robredo's office will get the smallest budget with only P679 million.

"We will be very much honored if our budget will be increased. As I've said, we have been so used to making do with what we have but an increased budget will allow us to do more things with the little that will be given to us. So it is very, very much appreciated," Robredo told the panel. (SunStar Philippines)