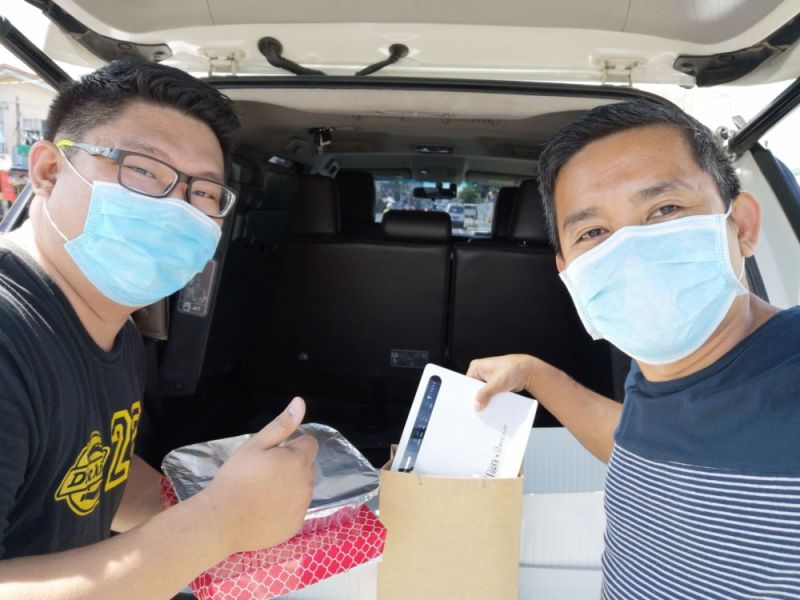 THE extended community lockdowns brought by the coronavirus disease pandemic pushed some Filipinos to return to the centuries-old trading system: barter.

“This is just one way of helping people. We are exchanging something without the need for money,” said Rhoel Ladera, a 42-year-old businessman in Tacloban City.

“What’s worthless or not important to some may be a treasure to others,” added Ladera, who was able to barter four times in one month alone.

As one of the online administrators of Tacloban Barter Community, Ladera reminded the over 95,000 members that “as long as both mutually agreed and are happy then a barter is successful.”

“Every member has the right to define barter according to whatever books you read, but it is our right as group managers to define the mechanics of the virtual bartering in this group,” said the thriving barter community in the city.

For himself, Ladera was able to barter his sunglasses for a sack of rice which he later donated to the frontliners; home-baked lasagna and cookies for a wireless internet router; sugar and water for a cooked shrimp; and a car for a small lot property.

The national government earlier announced that the bartering of goods is illegal unless it will be taxed.

Citing a 2018 executive order signed by President Rodrigo Duterte, Trade Secretary Ramon Lopez said that barter is only lawful in “limited” areas in Mindanao like in Siasi, Jolo; Sulu and Bonggao, Tawi-Tawi.

“People must resort to regular transactions and pay the corresponding taxes," Lopez said in a press briefing in Manila in July.

After his pronouncement sparked uproar among online barter enthusiasts, the official clarified his previous statement, saying that “personal transactions, not in the course of trade and business, are not covered by registration requirements.”

Jen Garcia, an administrator of 17,000-strong Leyte Barter Community, said the government “may have the inherent powers to tax but it has to consider the cost versus the benefit.”

According to Garcia, the government “should be happy that in spite of the financial hardship, Filipinos are creative enough to find ways to procure the basic needs without resorting to stealing and corruption.”

The Global Barter Community, of which Tacloban Barter Community is a bonafide member, also issued a statement, saying that they “envision a world where kindness is without borders and humanity is defined by the extent with which every race can help one another to survive the global impact of the pandemic and adapt to the ‘new normal.’”

“We stand in solidarity as different barter communities established by local stakeholders in common mission to promote barter as part of our way of life as Filipinos. We will strive to establish and redefine the traditional barter system as a new norm of helping one another and shall not in any way promote commercialism and materialism but positive values such as generosity, determination, honesty, patience, integrity, gender sensitivity, equality and ecological awareness,” it added.

The barter community maintained that what it is doing “is not selling, for the goods or services are not exchanged based on price but value.”

“It is not also donating for the goods are not given without anything in exchange,” it said.

“The price of the item or service is never equal but the happiness and feeling of satisfaction should be equal,” the group added.

“We just remembered a lot of things about our culture during the lockdown. Many even started gardening. We do not have to make comparisons. The important thing now is that this crisis reminded us to go back to our history and culture in order to come to terms with our difficulties and to find sane explanations for what is happening,” Borrinaga said.

Amid the popular online barter activities, a Catholic priest reminded that barter is good but not ideal when it comes to Christian teaching and living.

“In the Christian perspective of bartering, Jesus teaches us not to barter but to give, sometimes give until it hurts,” said Father Kim Margallo of St. Josemaria Escriva Mission Station in Tacloban.

“I am not into bartering. I am into charity and generous giving,” Margallo told Sunstar Philippines.

From an economic perspective, the priest maintained that there is nothing bad about bartering.

But when it comes to the economy of God, Margallo echoed the teachings of Pope Francis, saying that God doesn’t barter.

“He is the ultimate giver, the giver who does not require something in return. That is what we are supposed to do and whom we should imitate,” the priest said.

Margallo reiterated that the church does not ask people to stop bartering.

“Barter is not a sin. It is a personal decision to engage in it, as long as no law, rights and morality are violated. Even Jesus did not force the rich young man in the Gospel. To give and to be charitable is an individual’s decision, using his intellect and will,” he said.

Margallo also reminded the Catholic faithful about charitable giving, saying that “we are asked to give and not expect something in return.”

“We are just stewards of the earthly goods, and the instruction of the owner of the goods that we are administering and stewarding is to give,” he said.

“In the end, the church teaches us to do charitable acts by giving to people who are in need, helping them not because you have something to give and in return, you demand something in exchange, but rather you give because you knew how it is to have nothing, and it is your responsibility to help those in need by virtue of our baptism,” added Margallo.

According to him, the Church’s teaching on bartering is based on teaching charity and generosity by “giving out of love not out of need.” (SunStar Philippines)