Bridge to continue despite opposition 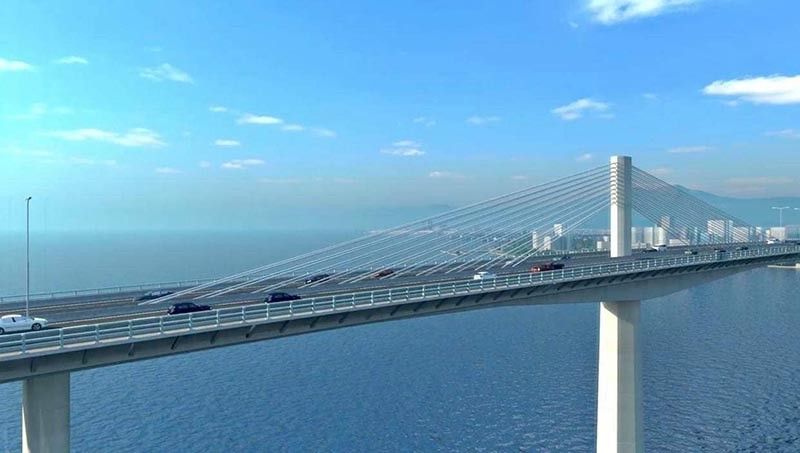 DESPITE opposition because of its supposed environmental impact, the Department of Public Works and Highways (DPWH) will still push through with the construction of the long-awaited Samal Island-Davao City Connector (SIDC) Project or the Davao-Samal Bridge.

In a press release, Public Works and Highways Secretary Mark Villar revealed that DPWH recently conducted a coordination meeting with different stakeholders to address the concern in the construction of the 3.98-kilometer bridge project that will connect the Island Garden City of Samal (Igacos) to Davao City.

Villar said the meeting was held to push through with the Davao-Samal Bridge, which is expected to break ground in January 2021.

“DPWH officials are in talks with the stakeholders to guarantee that we are addressing environmental concerns and doubts of the project before we begin design and construction activities targeted by January 2021,” the DPWH secretary said.

In a previous SunStar Davao report, some stakeholders voiced their opposition to the construction of the bridge as it would cause irreversible damage to the reef the bridge will traverse on.

“During construction, there will be massive sedimentation that would be happening,” Joey Gatus, Natural Resources Management Consultant of the Save Paradise Reef Movement, said.

The Davao-Samal Bridge is a P23.04-billion bridge that will connect Samal Island to the mainland. The project involves the construction of a four-lane 2.8-kilometer bridge. The project is being implemented by the Department of Public Works and Highways (DPWH) central office.

The project’s feasibility study was already completed in 2019 with the design and build bridge project to be funded by China Loan Financing Facility under China International Development Cooperation Agency (CIDCA).

According to the SIDC project description report conducted by Ove Arup and Partners Hong Kong Ltd (Arup), which was tapped by the DPWH as the lead consultant for the Feasibility Study of the SIDC Project, the properties directly affected by the alignment of the bridge on the Samal side is the property of the Rodriguez family. The family owns the popular Paradise Island Beach and Resort. The report was published in 2019.

The report states that demolition, excavation, pile driving and bridge structure construction will cause “changes in channel beds and impacts on fish and aquatic life.” In a bid to address this issue, the proponents will strictly observe and implement the Site Protection and Rehabilitation Program and materials handling, which provide for soil erosion control measures. Proponents will also “observe best practices in proper construction procedures that promote care and minimal disturbance to the existing environment.”

Sadain, meanwhile, during the meeting said the right of way acquisition for the project is still ongoing. He admitted this phase posed a major challenge in the course of implementation of the bridge.

He, however, said that continuous negotiation is being carried out with all the affected stakeholders and they are hoping to arrive at an agreement soon.

"In the end, people may openly understand the value of socio-economic development that this the project could bring over the cost of land affected. Government must always understand and respect the dynamic process of land acquisition and should employ patience and cultural/ancestral sensitivity in carrying out this process," Sadain said.

A 20-day Substantive Environmental Impact Statements Review for the issuance of Environmental Compliance Certificate is also ongoing, with a Public Hearing scheduled on September 28, 2020.