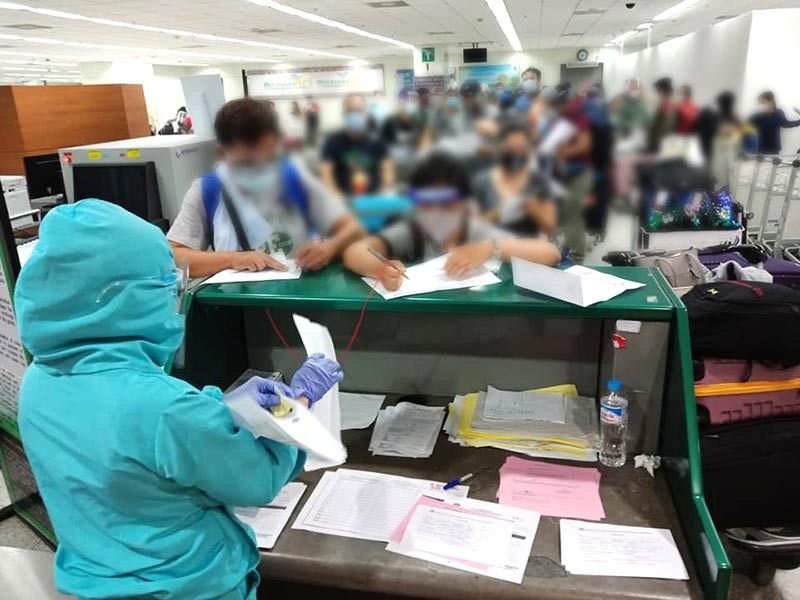 A DAVAO City-based non-government organization working to help the overseas Filipino workers (OFWs) and their families is lobbying for more interventions, particularly in the psychological aspect, for OFWs repatriated due to the impact of Covid-19.

Inorisa Sialana-Elento, executive director of the Mindanao Migrants Center for Empowering Actions, Inc. (MMCEAI), said in a virtual presser on Friday, September 25, 2020 that they saw the need to address the majority of the OFWs’ and their family's mental struggle in adapting to the challenges brought by the Covid-19 pandemic, according to their assessment and recent interventions.

Sialana-Elento said since the pandemic hit the entire world in the first quarter of this year, OFWs, who are tagged as the "modern day heroes", are now experiencing discrimination.

"Kung sa una, ginatan-aw ang mga OFW as 'bag-ong bayani', karon naa nay feeling of discrimination ang mga OFW tungod sila kuno na ang kasagaran sa ila are 'Covid[-19] carrier (Before the pandemic, they were dubbed as 'modern heroes'. But now they felt discriminated against because they are always being suspected as carriers of Covid-19)," she said during the One Davao on Covid-19 virtual presser.

Based on the previous Department of Health-Davao Region (DOH-Davao) Covid-19 tracker, the rising of the Covid-19 cases in the region were attributed to the returning OFWs, locally stranded individuals (LSIs), and returning overseas Filipinos (ROFs).

This was one of the challenges the MMCEAI saw in their "rapid needs assessment" project to those Mindanawons who were assisted in returning to their respective localities, in partnership with the Overseas Workers Welfare Administration (Owwa).

Aside from the OFWs, their families are also being discriminated against because of the "stigma" they felt within their communities.

Sialana-Elento said these families are being discriminated against in some of the government interventions, by excluding them in receiving financial and food packs and other assistance.

Admittedly, there is limitation in their project due to the continuous tight lockdown in some parts of Mindanao.

Batican said their office has been helping in repatriation of OFWs from May to September where a total of 11,316 OFWs were already repatriated. She said 2,000 of them are from outside Davao Region. Aside from that she said, they also repatriated even those undocumented OFWs.

For the one-time financial assistance worth P10,000 they already allocated it to a total of 4,890 OFWs, as of September 25, while 6,446 are already approved and have yet to be allocated, while some 300 are still subject for verification.

She said their repatriation operations are still ongoing. Majority of OFWs, she said, are still struggling to return to the country due to various reasons, including the lockdown imposed in the country they are working, resulting in no available flights. While others, especially those whose contracts have already expired, remained stranded because their employers won't allow them to leave.