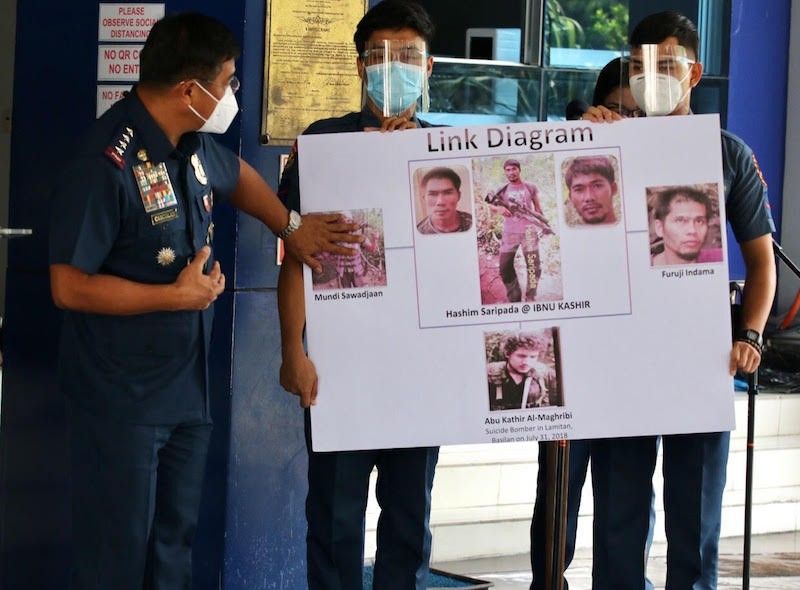 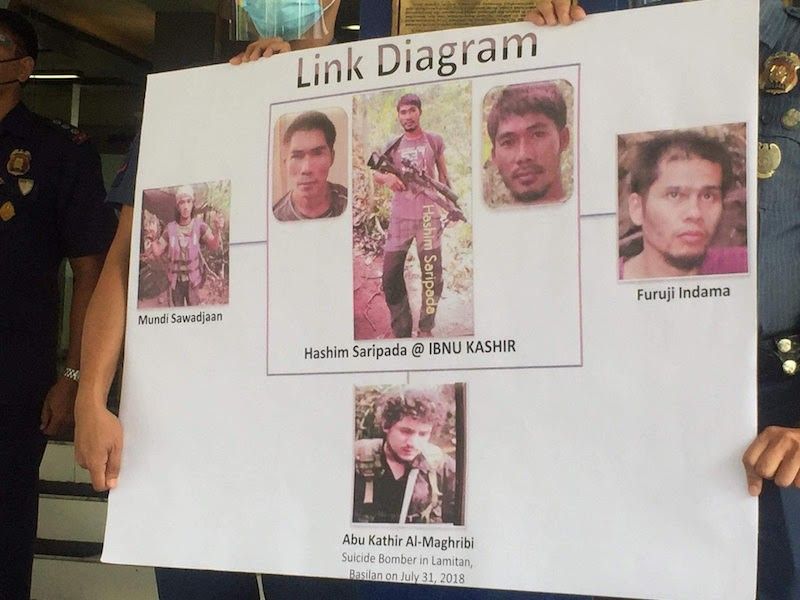 Hashim Saripada, also known as Ibnu Kashir Saripada, was arrested in Barangay Recodo, Zamboanga City at 6:30 a.m. Sunday, September 27, on the strength of an arrest warrant for multiple murder and multiple frustrated murder.

“Saripada is the assistant of Mundi Sawadjaan. This will be a very very big blow on him kasi nawalan siya ng isang pinagkakatiwalaan and this one is his assistant so karamihan ng kanyang activities ngayon hindi na matutuloy because of that and he knows na mino-monitor na siya ngayon ng lahat ng intelligence at anti-terrorism units,” Cascolan said, referring to Sawadjaan.

Police and military forces are hunting Sawadjaan, who has been tagged as the brains behind the twin suicide bombing in Barangay Walled City in Jolo on August 24, 2020.

Cascolan said Saripada played a key role in the twin suicide bombing in the Jolo Cathedral in January 2019 and the bombing of a Cafgu detachment in Sitio Magkawit, Barangay Maganda in Lamitan City in July 2019.

The Jolo Cathedral bombing killed 23 people while the Lamitan bombing, which was carried out by Moroccan bomber Abu Kathir Al-Maghribi, killed 11 people.

“Likewise, Saripada and Mundi Sawadjaan reportedly prepared the IED (improvised explosive device) detonated by an Indonesian couple at the Mount Carmel Cathedral in Jolo, Sulu on January 27, 2019,” he added.

Saripada was arrested by operatives of Regional Intelligence Unit in Zamboanga Peninsula and 84th Special Action Company (Seaborne) on Sunday.