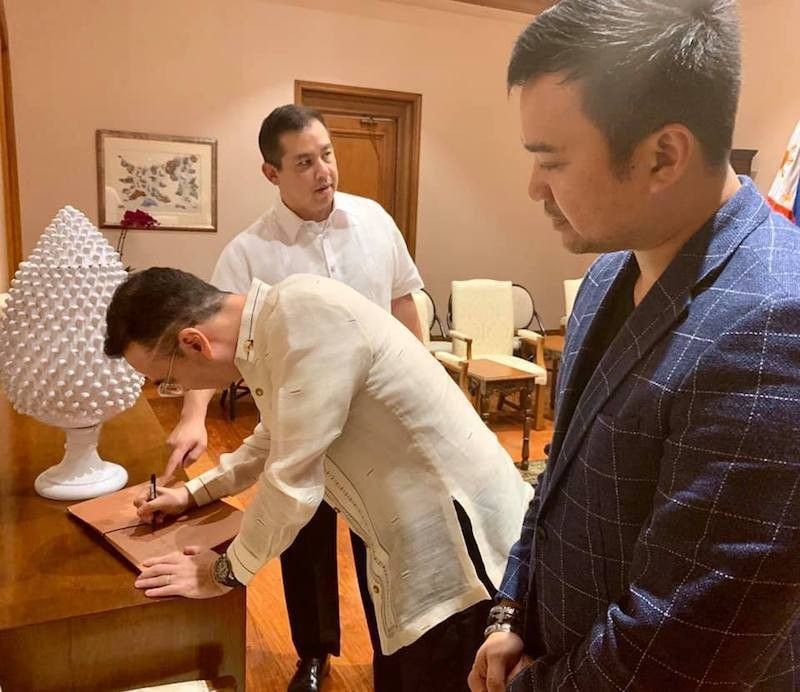 Under the gentlemen’s agreement brokered by President Rodrigo Duterte, Velasco said Cayetano’s term as House of Representatives Speaker is supposed to end on September 30, 2020.

Velasco is then supposed to take over for the remaining 21 months of the 18th Congress beginning October 2020.

“The covenant was crystal clear: a 15-21 term-sharing agreement. The first term expires on Sept 30, after which the second term immediately begins. That was the pledge made before the President,” Velasco stated in a Facebook post, which included photos taken during the signing of the agreement in July 2019.

“As true leaders and as examples for our people, both sides are obligated to avoid situations or statements that would subvert the agreement and betray the trust of our people who’ve stood witness to the covenant,” Velasco added.

Cayetano has, however, shown no indication of stepping down and his allies have been expressing support for him and opposing moves to change the House leadership.

Duterte earlier threatened to declare as vacant the positions of House Speaker and deputy speaker.

A manifesto has also been signed by 26 House members who want Cayetano to remain as House Speaker.

They said that it is not the time to replace the House Speaker as the lower chamber is still deliberating on the proposed national budget for 2021.

“The commitment to pass a pro-people budget for 2021 follows the vision of Speaker Alan Peter Cayetano, whose guidance of the House for the past 13 months has been invaluable in the passage of numerous landmark bills,” they added.

Presidential Spokesperson Harry Roque earlier said the President will not interfere this time.