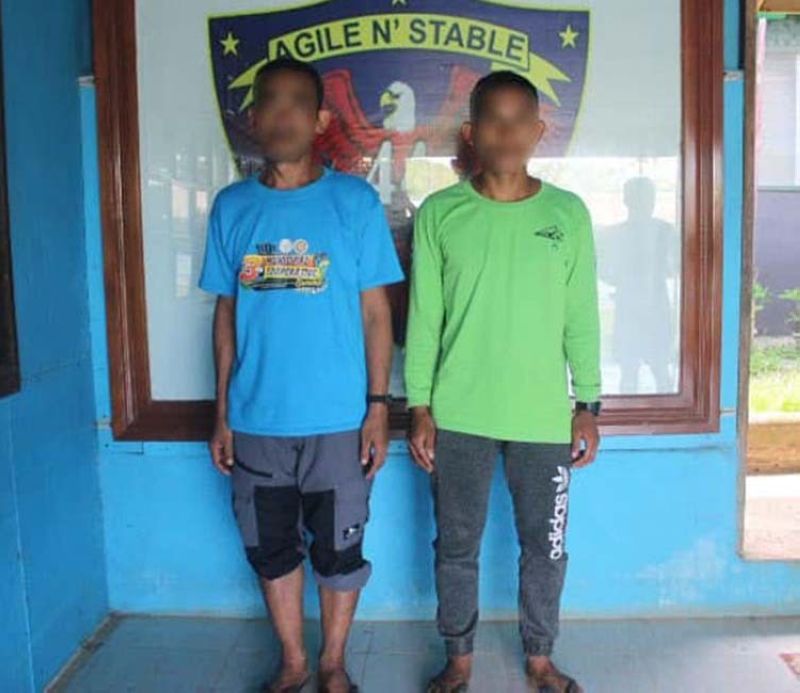 ZAMBOANGA. Military officials said that the New People’s Army (NPA) continues to lose grounds due to the continued surrender of its ranking leaders and members. A photo handout shows Antonio Roda, the logistics and finance officer of the NPA’s Western Mindanao Regional Party Committee (left) and Ronnel Racho (right), who surrendered Saturday, September 26. They are the latest NPAs to surrender to military authorities. (SunStar Zamboanga)

Templonuevo said the two surrendered to his battalion on Saturday, September 26, in the Municipality of Tungawan, Zamboanga Sibugay.

Templonuevo said Roda has spent 32 years in the terrorist organization while Camporedondo struggled for eight years.

Templonuevo said during the initial debriefing, Roda admitted they were losing grounds and the continuous surrender of their commanders and members made their organization in Western Mindanao is close to defeating.

Roda also revealed that local support, more government projects in hinterlands, visibility of troops, relentless military operation, and the pandemic were also the factors of their dwindling members, according to Templonuevo.

Roda and Racho surrendered two days after four of their comrades, including one of the Front Committee Secretary, yielded in Imelda, Zamboanga Sibugay.

“Convergence played a great role in our quest for peace and development in our area of responsibility,” Nicolas said.

“There are still remnants of their guerrilla fronts and other threats groups in our area of operation that needed to be addressed. Rest assured that we will neutralize and defeat them in due time,” Ponio said. (SunStar Zamboanga)