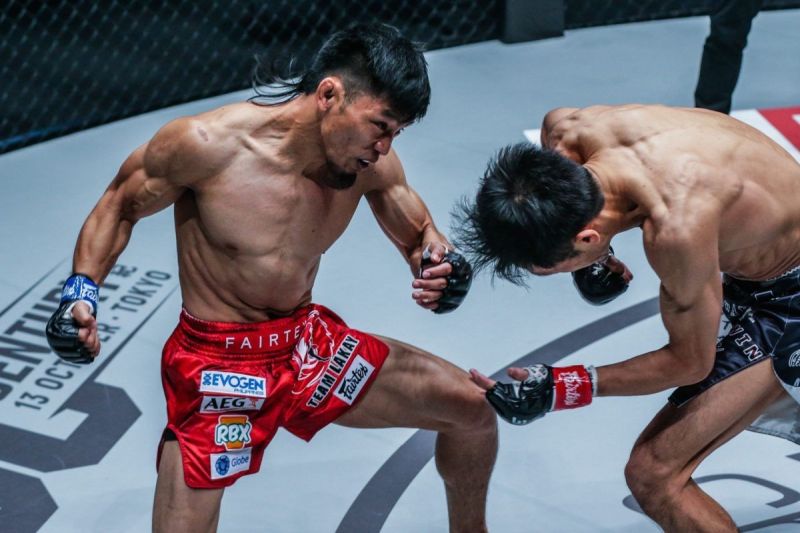 ROOTING FOR THE PACMAN. With the confirmed mega buck fight of Senator Manny Pacquiao and Connor McGregor sometime early next year, Team Lakay's Lito Adiwang sees the eight division demolishing the Irish star in sixth round. (ONE photo)

The Filipino fighting senator confirmed talks with the McGregor camp over the weekend to put together a boxing spectacle sometime in January.

In McGregor's first professional boxing match in 2017, he was stopped inside the distance by none other than the pound-for-pound king, Floyd Mayweather Jr. Now, in his second appearance atop the squared circle, McGregor faces another boxing legend in Pacquiao.

Although he's excited to see the bout unfold, Adiwang, like many, understands this is a total mismatch in favor of the Filipino megastar.

"I have a lot of respect for both fighters. McGregor has proven himself in the world of MMA and became a two-division champion. He has this charisma that makes people watch his every fight. Even though he sometimes has a negative persona, let's accept the fact that he is still a highly skilled martial artist. He always backs up his talk," said Adiwang.

Against Mayweather, McGregor put forth a valiant effort, making a stand and boxing fairly well but unfortunately, he wasn't able to make it to the final bell, and Mayweather put the finishing touches on the Irishman in the 10th.

Adiwang believes that Pacquiao will try to one-up his long time rival and get McGregor out of there much quicker.

"Yes, McGregor has a strong and powerful left hand that has finished many of his opponents...in MMA. But this is boxing, they use boxing gloves and not small MMA gloves, so that power isn't the same. And the fact that Pacquiao is one of the best knockout artists in history, even in boxing gloves, that's scary. He's faster and he has more experience than McGregor. Even if we say Pacquiao is older now and that McGregor has the youth advantage, the fact is, Pacquiao's entire life has been about boxing. He has the tools to beat McGregor badly when they fight," said Adiwang.

Adiwang said he will always be grateful to Pacquiao, for the years the Filipino icon dedicated to making his countrymen proud on the global boxing stage. Pacquiao inspired a generation of fighters, including Adiwang himself.

The Team Lakay stalwart is excited to witness another thrilling Pacquiao performance, that should end with the Filipino adding one more prized scalp to his collection.

"I remember when I was young, I watched a boxer knock his opponents out, and the whole country stopped to watch him. Every time he stepped in the ring to fight, he brought pride and honor to the Philippines. He inspired me to dream and one day become like him. I have so much respect and I'm forever grateful to the people's champion, Manny Pacquiao, for being a shining example and an inspiration to the people, to me," said Adiwang.

"Pacquiao beats McGregor in every category. The only thing McGregor has going for him is his youth, but everything else, our people's champ blows him out of the water."