Measles cases decrease due to lockdowns 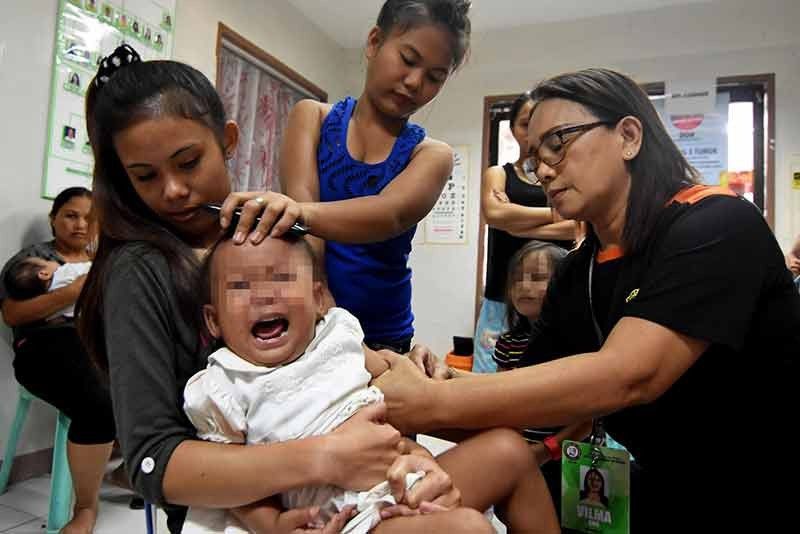 THE Davao City Health Office (CHO) recorded lower measles cases in the city and it was attributed to the hard lockdown imposed due to the coronavirus disease (Covid-19) pandemic.

CHO Technical Division head Dr. Julinda Acosta said that from January to September 28 this year, only 133 cases and two deaths were recorded. This is a huge difference from the 835 cases and 13 deaths in the entire 2019.

Acosta said the strict quarantine measure, which prohibits children from going out, had contributed significantly to the low measles transmission.

But she said the CHO is still not complacent in their efforts to immunize all children from the dreadful virus.

According to the World Health Organization (WHO), measles is a highly contagious viral disease. It remains the top cause of death among young children globally, despite the availability of a safe and effective vaccine.

It is transmitted via droplets from the nose, mouth, or throat of infected persons. Initial symptoms, which usually appear 10 to 12 days after infection, include high fever, a runny nose, bloodshot eyes, and tiny white spots on the inside of the mouth. Several days later, a rash develops, starting on the face and upper neck and gradually spreading downwards.

Acosta said the city will roll out a city-wide immunization activity this year amid the continuing threat of the Covid-19.

To ensure that health protocols will be followed and mass gatherings will be avoided, CHO will conduct the vaccination drive in fixed posts like barangay health centers, health stations, nutrition posts, as well as temporary posts such as covered courts, instead of the previous house-to-house strategy.

She said the city targets to vaccinate more or less 150,000 children aging 9 to 59 months regardless of immunization status to make sure that there is no child left behind.

"This is so ma-ensure talaga natin ang proper screening and precautionary safety protocols. The measles vaccination kasi is injection, hindi patak. Dapat maganda yung area sa immunization sites (This is to ensure the proper screening and precautionary safety protocols since the measles vaccination is administered through injection, not drops. There must be proper immunization sites)," Acosta said.

Acosta said the movement restrictions brought about the quarantine had resulted in a huge number of children unvaccinated.

"These children are susceptible to the disease and they need to be vaccinated in order to prevent a possible outbreak," the health official said.

With this, she hopes that parents would have their children immunized because measles is a deadly disease but can be prevented through a vaccine.

In preparation for the immunization drive, CHO will conduct a virtual orientation with 182 barangay captains all over the city to disseminate information on measles within the communities.

Recently, the city continued its fifth round "Sabayang Patak Kontra Polio" in the city amid the Covid-19 pandemic, wherein 102 percent of the targeted 186,864 children received the oral polio vaccine.

The 19th City Council committee on health recently lobbied for the strengthening of the vaccine coverage in the city through the proposed mandatory immunization of infants and children ordinance.

It was, however, reverted to second reading after certain individuals raised concern on some of its provisions. (With reports from CIO)