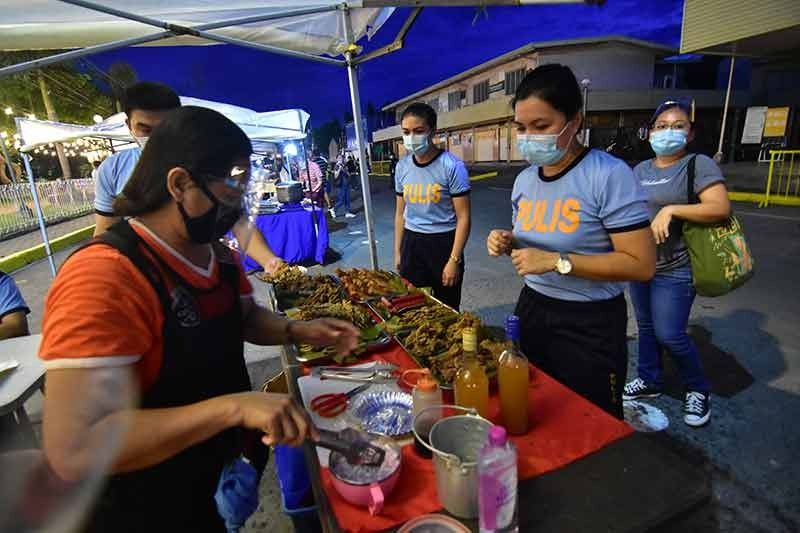 TWO weeks after the Roxas Night Market resumed operation, Davao City Mayor Sara Duterte-Carpio said she is eyeing to increase the number of tenants who can operate inside the venue.

During her radio interview on 87.5 FM Davao City Disaster Radio on Friday, September 25, the mayor said that overall, the safety and health protocols were properly observed during the night market's two-week "test run," which started September 12.

She also said the security measures were "over-prepared."

With this, the mayor is also eyeing to expand the venue capacity of the night market.

She, however, did not mention the date when it will be implemented.

Based on the information given by Public Safety and Security Command Center (PSSCC) head Angel Sumagaysay during the reopening, a total of 120 stalls are currently occupying the night market, composed of 29 food stalls, 25 massage benches, 33 accessory stalls, and 33 ready to wear (RTW) stalls.

Only 80 market-goers are allowed in the area.

Sumagaysay and the mayor said there were only a few vendors and customers during the first few days of the reopening but that gradual increases were observed in the following days.

The mayor also previously said that night market vendors will be grouped by batch, and each batch will operate for two weeks.

Vendors, suppliers, and the security personnel manning the night market will undergo an RT-PCR baseline testing to ensure that they are free from Covid-19.

In the baseline testing for the first batch, Duterte-Carpio confirmed that two vendors and a member of the security personnel tested positive for Sars-CoV-2, which causes Covid-19, days before the Night Market resumed operation.

The night market, which was closed to the public on March 12 due to the declaration of the state of public health emergency, was reopened to the public to provide employment and additional income to the vendors and other tenants who were financially affected by the closure of the night market.

However, the mayor reminded them that they may be removed and blacklisted from operating in the night market if they would violate health protocol.

Stall owners and market-goers are instructed to observe health and safety protocols such as two-meter physical distancing, wearing of face masks and face shields upon entering, frequent disinfection of hands, no bringing of backpacks and wearing of jackets inside the vicinity, and bringing of a valid identification card.