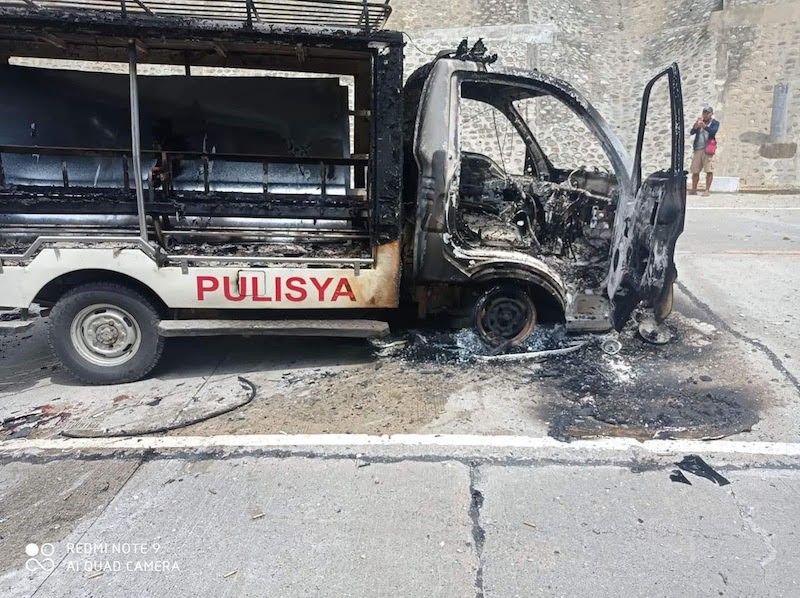 THREE policemen were wounded in an ambush staged by suspected members of the communist New People’s Army (NPA) in Mansalay, Oriental Mindoro on Monday, September 28, 2020.

In a report, Mimaropa Police Regional Office Director Pascual Muñoz Jr. said the NPA fighters fired at the policemen as they traversed Mabaho Road in Barangay Cabalwa on board a patrol vehicle at around 11:30 a.m. Monday.

Police Corporals Vincent Dominguez and Michael Librea and Patrolman Norman Alvaro were wounded. Two other policemen on board the same vehicle were unhurt.

The rebels set the police mobile on fire before fleeing, Muñoz said.

The wounded policemen were brought to Roxas District Hospital.

Muñoz said the five policemen were on their way back to camp after patrolling the area.