Durian: A smell so bad, a taste so good 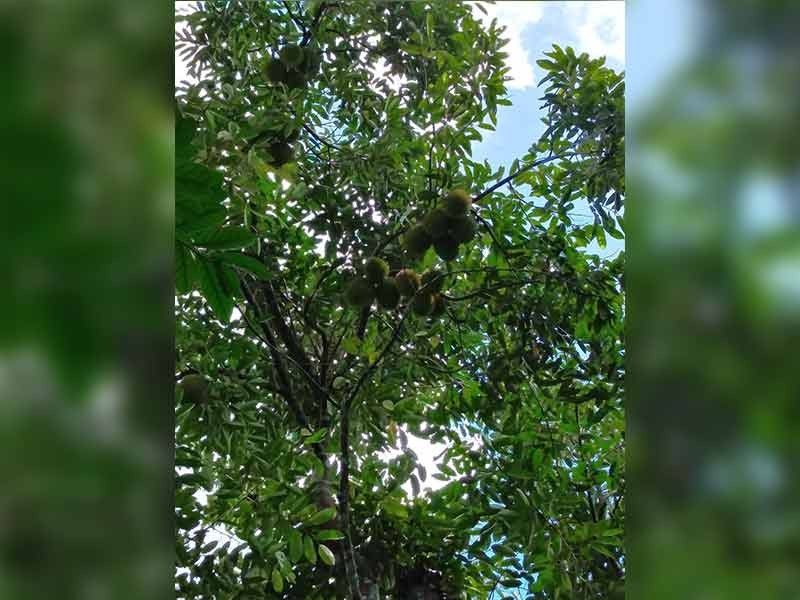 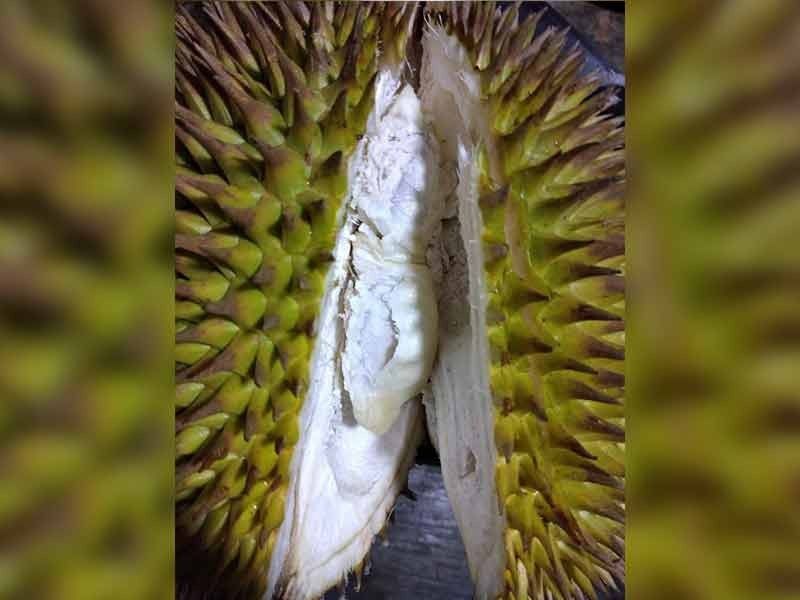 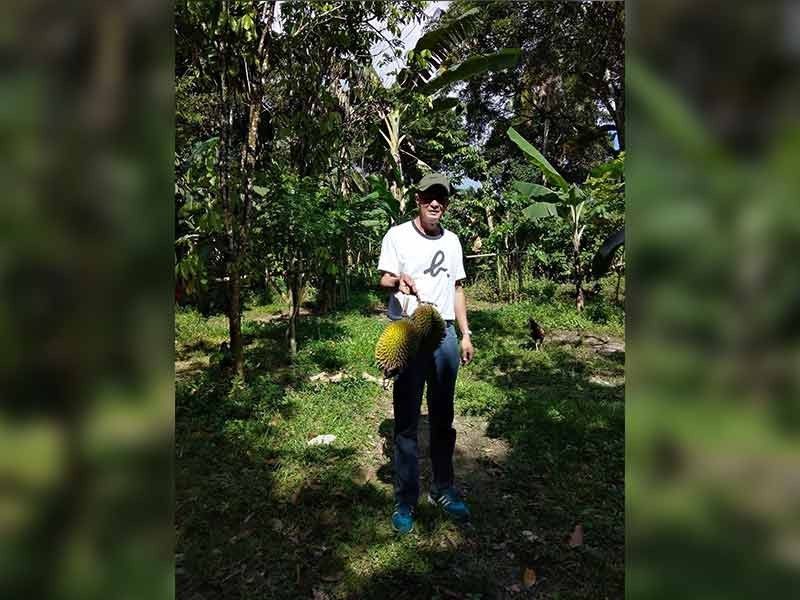 BACOLOD. Broadcaster Chito Berjit shows his durian farm in a small locality. He likes to eat it despite the awful smell. (Contributed photo) 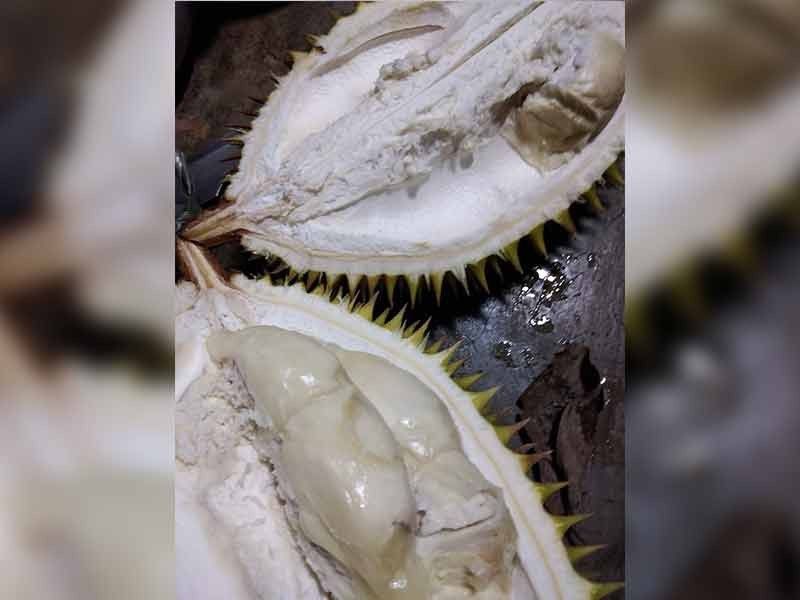 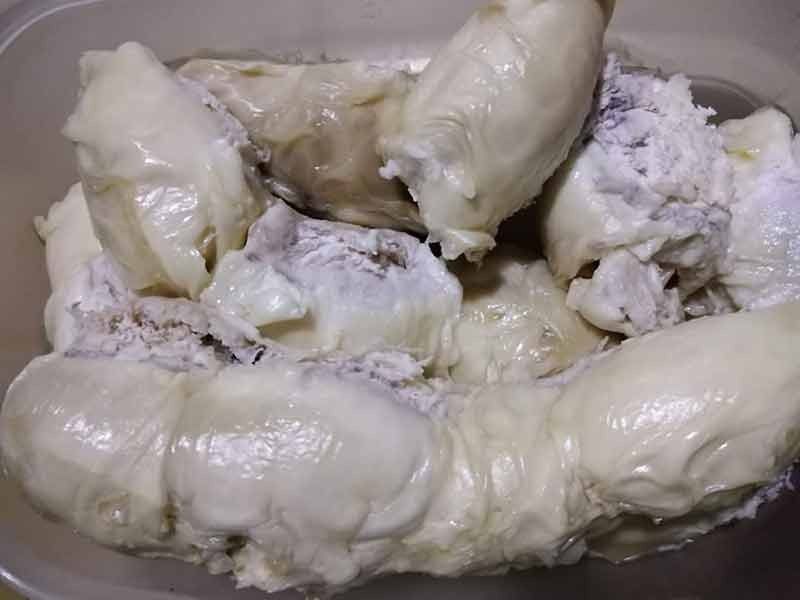 MANY people shy away from eating durian because of its potent stench that it is even banned in a lot of public transportation and even in some hotels.

First-time eaters will probably have trouble putting up with its ungodly odor. I am myself certainly backing out. I can't eat it.

But I will also point out that there are a lot of people who like to eat durian as if they are consuming a creamy ice cream.

They love durian to the high heavens. The smell is just an onset of the entire gastronomic pleasure.

Chito Berjit, a broadcast journalist, has his little plantation where he farms durian.

Literally, he showed some of the "fruits of his labor," the durian, where he broke it into halves and showed the creamy and fruity form of the king of fruits.

Durian is considered the king of fruits in Southeast Asia due to its unusual huge form and rich flavor.

But health wise, there should be a limitation for those who are hypertensive. Although some people consider it as a good aphrodisiac.

Other people also make some candies and ice cream flavored with durian.

Berjit said he will always plant durian because he loves to eat it, an experience like no other.