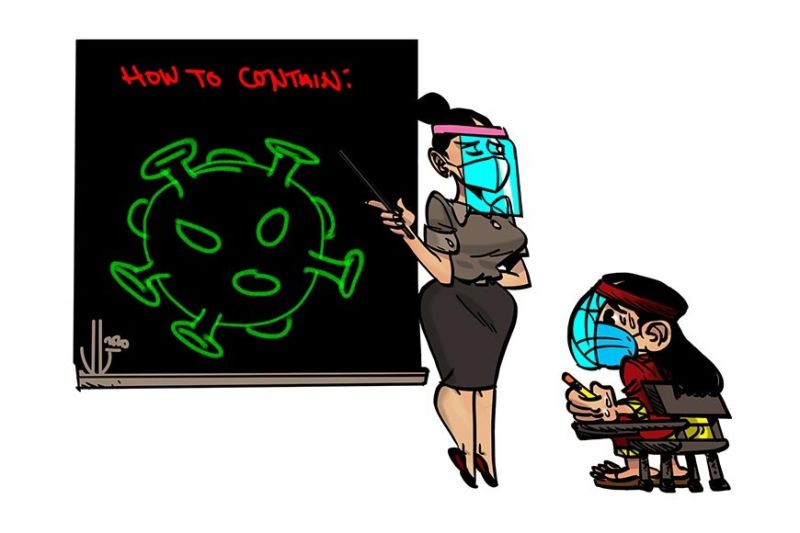 VICE President Leni Robredo yesterday cited the international medical journal The Lancet’s study published on Sept. 14 showing the Philippines ranking 66th out of 91 countries in efforts to combat the pandemic.

The study, said Robredo, also mentioned 19 countries in the Asia-Pacific region that “successfully suppressed” the virus. Ten of them, said the Vice President, are our neighbors, and that these countries have been successful despite the absence of treatment medicines and vaccines.

A sector of medical practitioners have a beef against the Lancet study, saying that the ranking may not be an accurate picture of how the Philippines is faring now, considering that the study took Philippine data on August yet. For one, August was when transmissions peaked in the country. Two, some countries that ranked high last month fell into dismal situations now.

The last few days, however, since the local quarantines have slackened off, show dizzying figures of new cases. As of Sept. 28, 2020, the Philippines logged 3,073 additional cases, bringing the total cases to 307,288 with 49,242 active cases. We now have 5,381 Covid-19 dead and a case fatality rate of 6.75 percent. The Lancet study said, “One reason for failure to suppress the epidemic is a style of political leadership that has been called medical populism.”

A study by Filipino researcher Gideon Lasco defined “medical populism” as “simplifying the pandemic by downplaying its impacts or touting easy solutions or treatments.”

Cebuanos don’t need to look far for examples of these practices by our local officials. To recall, the City Government decided to recommend a general community quarantine sometime July when the local agencies, the Inter-Agency Task Force (IATF) would discover later, have not even efficiently reconciled their figures on cases. That recommendation apparently showed a misplaced confidence that thank God for Lasco we now have a term for.

Robredo, in a message yesterday, emphasized that while she still trusts the government’s good intentions, it may need a more “strategic” and “organized” way to fight the pandemic. This is timely suggestion when government has reopened the economy and citizens are making steps to recover.

While we still carry the impact of our missteps, we also bear the lessons of the past. While we make baby steps into the “new normal,” let them be steps with utmost caution—measured, calculated, scientific at most. With the recent daily transmissions not going below 3,000, we might be in for another surge as we reopen the economy. But we soldier on, nevertheless, in more strategic ways.

The World Health Organization said the little feats in our battle against the pandemic provide a window of opportunity for communities to push the virus back. We need to continue educating the citizens, protect the vulnerable, empower the citizens with tools to fight the crisis themselves. While at that, the basics must also be in place: contact tracing, massive testing, care of cases and quarantine.