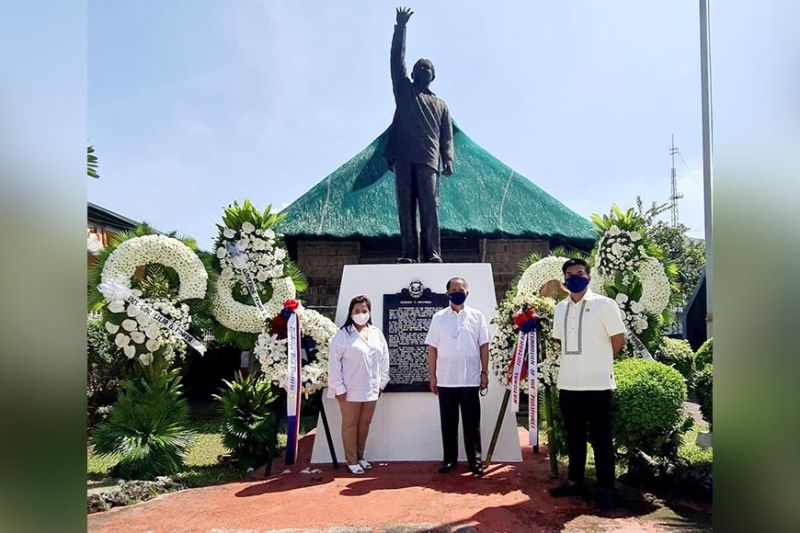 Pineda, along with National Historical Commission of the Philippines (NHCP) Executive Director Restituto Aguilar, Municipal Vice Mayor Jay Montemayor, and Lubao Chief of Police Lieutenant Colonel Michael Jhon Riego offered flowers at the monument of Macapagal, known as the "poor boy from Lubao," who was elected as the country's vice-president in 1957 and president in 1961.

The program was spearheaded by the NHCP in cooperation with the Municipal Government of Lubao.

Different from previous celebrations, which had a memorial mass prior to the wreath-laying ceremony, this year's commemoration was kept short and simple to follow protocols concerning the ongoing Covid-19 pandemic.

Pineda said the pandemic will not stop Lubeños from honoring Macapagal but stressed that strict protocols were observed. (Chris Navarro)