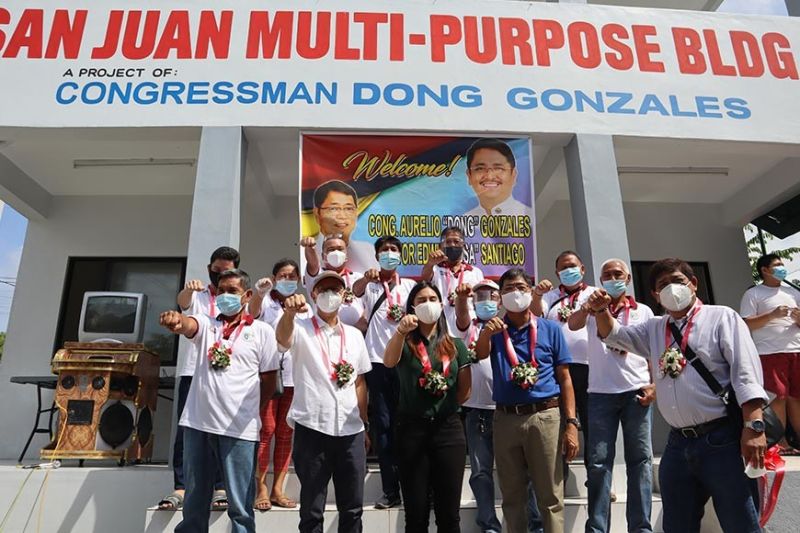 Gonzales represented his father who saw to the formal opening of the newly completed structure for public use. She was accompanied by Engr. Randy de Jesus. She said the building aims to address the need for a building structure for hosting public gatherings and meetings in the said barangay.

"This can also be used to host trainings and other programs for the different sectoral groups in the barangay," Gonzales added.

Barangay Captian Claro Tolentino lauded elder Gonzales for the support given to the barangay, stressing that the various infrastructure projects to the barangay had contributed to its further development.

The younger Gonzales said a road project that will connect San Juan and Santo Nino is now in the pipeline. The P50-million project includes a bridge that will connect the hinter areas of the barangays and will facilitate better access between the two barangays.

Santiago reminded barangay officials to still continue serving their constituents despite the challenges posed by the coronavirus pandemic.