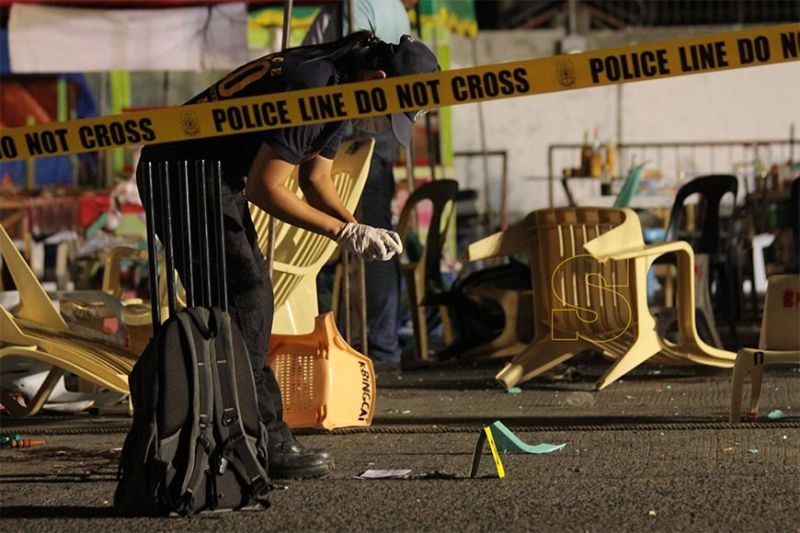 SEVEN suspects involved in the deadly blast in Roxas Night Market that resulted in the death of 17 people were found guilty of multiple murder and multiple attempted murder and were sentenced to reclusion perpetua.

The verdict was handed down on Monday, September 28, by Judge Marivic Vitor of the Regional Trial Court (RTC) Branch 266 in Taguig.

The court found the suspects guilty beyond reasonable doubt for the complex crimes of multiple murder and multiple attempted murder under Article 248 (3) in relation to Article 48 and Article 6 (3), all under the Revised Penal Code in relation to Republic Act 8368 or the Anti-Squatting Law Repeal Act of 1997.

The seven convicts are also ordered to jointly pay damages to the families of the 15 deceased victims and 69 injured victims.

However, all accused were acquitted of the crime of terrorism under Section 3 (f) of Republic Act 9372 or the Human Security Act of 2007.

The RTC said the prosecution's evidence failed to establish the third element of the crime, which is "actuated by the desire to coerce the government to give in to an unlawful demand."

The copy of the verdict was posted on the City Government of Davao, attached with the statement of Acting City Mayor Sebastian Duterte welcoming the court ruling.

"The City Government of Davao welcomes the conviction of individuals who perpetrated the September 2, 2016, deadly terror attack in Roxas Night Market that resulted in the death of 17 people," Duterte said.

The acting mayor said the ruling "underscores the delivery of justice for the fatalities of the bomb attack, the survivors, their loved ones, the entire City of Davao and all the Dabawenyos who endured the impact of the said terror attack."

"Four years after the grisly attack, we continue to mourn with the families of the victims and the survivors. Day in and day out, these families are constantly reminded of the horror brought by the bomb explosion to their lives," he said.

"While we claim this as our victory, we should never let our guard down. Our experience should push us all the more to embrace the culture of security. With the government on our side, only we can protect ourselves against terrorism," he also said.

Duterte, meanwhile, said the city "respectfully express our dismay as we point out that this positive development is somehow tarnished by the absence of a strong law against terrorism."

He said that while the suspects were "convicted as murderers, they would have been convicted as terrorists as well - if only the Philippines has a good anti-terror law."

"And if only the Philippines has a good anti-terror law, the kind of justice for the victims of that terror attack would have been even more meaningful not only to their families but also to the peace-loving Dabawenyos who want to ensure that their future is free from the threats of terrorism," he added.

Recently, the acting mayor's father, President Rodrigo Duterte, signed Republic Act 11479 or the Anti-Terrorism Act of 2020, which aims to further counter the prevailing terroristic acts in the country.

However, the law's constitutionality is currently being challenged in the Supreme Court by various groups.

Dennis Larida, one of the survivors who lost his son and wife in the incident, was emotional upon learning that the verdict was handed over on that day.

Larida said the City Social Welfare and Development Office (CSWDO) informed him while he was driving.

Larida shared that when the news broke out, he immediately informed other victims and survivors in their online group chat.

He admitted that not all of them are satisfied with the verdict. Some wanted the convicts to be sentenced with death penalty.

Larida admitted that they unanimously agreed that justice has not been totally served despite the verdict.

"Basin i-appeal pa kini nila sa higher court. Murag another burden na 'sab ni sa amoa, basin kung dawaton kini, another hearing na 'sab mahitabo. Mahadlok mi na basin mag-change nasab ang decision (We are worried that the suspects might appeal their case to the higher court. It's another burden for us if the court would reconsider for another hearing. We are afraid that they would revert the verdict)," he said.

He also said they are worried that the suspects will be able to apply the good conduct time allowance (GCTA), which might shorten their sentence.

"Hopeful mi nga ang next president, dili sila tagaan nga mapardon o maka-avail aning good conduct time (We hope the next president will not grant them pardon or even let them avail the GCTA)," Larida said.

With the victims, including him, continuously moving forward from the tragic incident, he said they are still confident that justice will be served, no matter how long it takes.