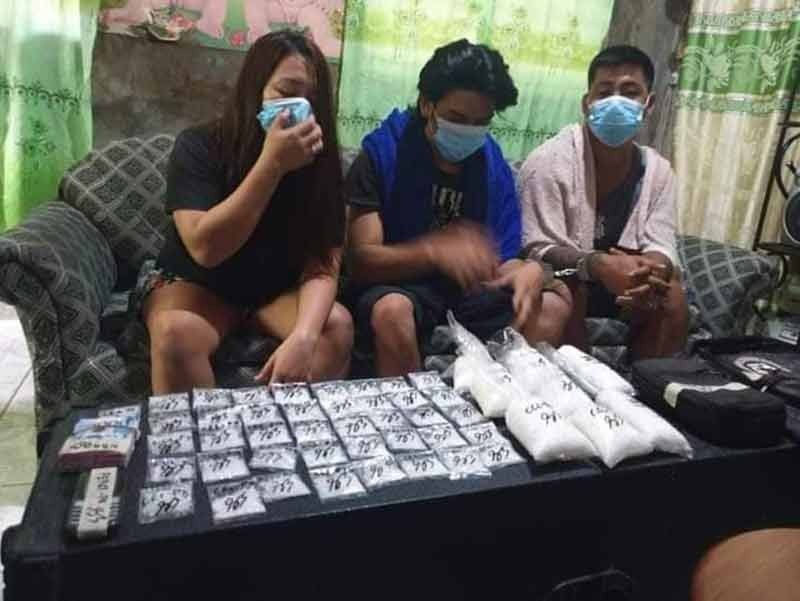 The operation also led to the arrest of Carline Lunares, Nester Briñosa, and Richard Lunares.

Police Lieutenant Thurslie Castillo, RDEU-Western Visayas Negros Occidental team leader, said they have been closely monitoring Carline Lunares for one month and they were able to conduct a transaction with her brother Richard, who served as her drug runner.

Castillo said they now have an idea as to where Lunares gets her supply of shabu, but he has refused to give further information so as not to compromise their operations.

The RDEU-Western Visayas team leader stated that they are now monitoring the supposed drug group, and they have tagged them as "armed and dangerous."

Castillo further stated they have uncovered evidence that the drugs they seized in Handumanan was being run by an inmate of the New Bilibid Prisons in Muntinlupa City and that the house where they seized the illegal drugs served as a warehouse and pick-up point.

The three arrested suspects are facing charges for violating Republic Act 9165, otherwise known as the Comprehensive Dangerous Drugs Act of 2002.