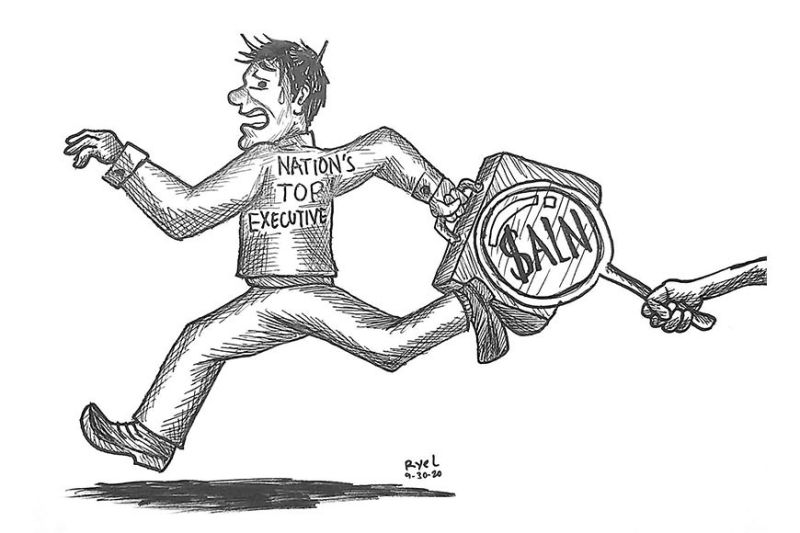 IT APPEARS now that the burden to seek information is passed on to the citizens when officials are mandated to fully disclose their statement of assets, liabilities and net worth (SALN). No small irony there when no less than the chief executive recently expressed his frustration over his incapacity to curb corruption in government.

The SALN is a pertinent piece in a puzzle if one investigates a possible deed of graft among public officials. It’s a good paper trail to follow, to connect to an official’s lifestyle as well.

“It’s really hard to stop it. Up to now, it’s being committed everyday. Can you stop it? You cannot. There’s no way, I’m telling you,” he said in a public address last Monday, Sept. 28, 2020. He said he had summoned his Cabinet and threatened to resign because he was “sick” of all the persistent corruption hounding his administration.

Presidential Spokesperson Harry Roque, however, was quick to explain context, saying that the President was merely expressing his frustration and that the latter intends to dedicate the remaining years of his term to rid government agencies of corruption.

This comes in the wake of a P15-billion worth of public health insurance funds that are lost to an “internal mafia” in the PhilHealth. Roque himself has been at odds with Land Transport Office (LTO) 7 Director Victor Caindec over allegations of corruption as well.

If the President really intends to curb corruption and if it is true that he had felt the frustration in his fight, he can always activate all mechanisms that allow for transparency—the first of which is making true the promise of Executive Order 2, which operationalized the Freedom of Information in the executive branch of government, requiring full disclosure of public documents including the SALN of officials.

The President can lead the way, removing all the opacities that Roque had mentioned in a recent talk with media. The spokesperson had advised that groups or individuals must follow protocols in getting a copy of the chief executive’s SALN.

“There is a mechanism to be followed—follow the mechanism. If that does fail, then pursue further avenues under existing laws,” Roque said.

Anyone can file a writ of mandamus, a legal recourse for citizens who wants to compel any official to perform his public duty under the Constitution, he said.

By even suggesting these mechanisms to enterprising citizens rather than outrightly volunteering the information as should be the case for public officials worth his salt creates the public impression of a lack of desire for transparency, and this goes all the way to gauging how serious government is in fighting corruption.

If the nation’s top executive open up his SALN, that should be one giant leap for mankind in our fight against corruption. It will send the message loud to the rest of the public officials down the line.