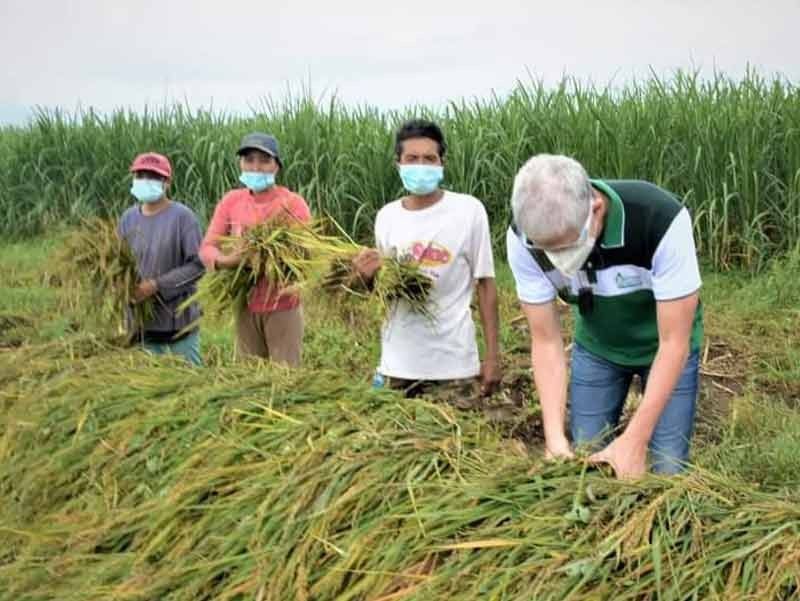 After the project launching in the southern Negros Occidental in June this year, the two-hectare farm of sugarcane intercropped with rice is currently on harvesting stage.

Lacson cited the cooperation of the farmers which he said contributed to the success of the program.

"It will be replicated in other towns and cities because it is one way of ensuring food security amid the pandemic that has been affecting the province," the governor added.

Provincial Agriculturist Japhet Masculino, who was with Lacson during the visit, earlier said the Provincial Government is banking on SRCS to become rice self-sufficient and even explore export potentials for the commodity.

The program is in collaboration with the Sugar Regulatory Administration (SRA), local farmers and the Department of Agriculture (DA).

Aside from Hinigaran, other sugarcane-rice cropping areas, mostly block farms, are in cities of Kabankalan, Himamaylan, La Carlota, Bago, Talisay and Cadiz, and Murcia town.

For now, at least 20 hectares of the sugarcane farms in the province have been intercropped with rice.

Masculino said almost all of these intercropped areas are up for harvest this year and many other local small farmers have also expressed interest in joining the program after the milling season this month.

In terms of potential, the provincial agriculturist told SunStar Bacolod that the province has 190,000 hectares of sugarcane farms.

"If we can utilize all these areas, this would mean an additional rice production for the province," he said, adding that "for instance, if we can only produce 10 sacks of palay per hectare, this would translate to 1.9 million bags of palay or about 900,000 bags of rice."

Records of the Office of the Provincial Agriculturist (OPA) showed that Negros Occidental, with 325,000 metric tons average annual production, has an average monthly rice consumption requirement of 600,000 bags.

Its sufficiency level ranges from a high of 95 percent to a low of 85 percent depending on climatic conditions.

This means that the additional production through sugarcane-rice intercropping can offset the province's deficit in rice, Masculino also said.