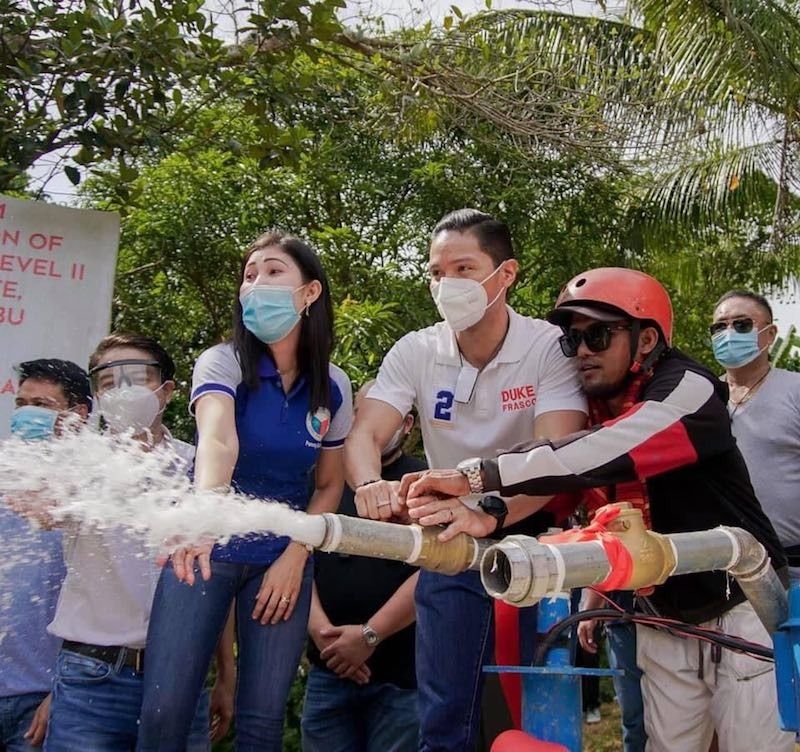 The communal pumps, each of which cost P2 million, were completed under the supervision of the Department of Public Works and Highways, the implementing agency.

The chairpersons of the three barangays - Cesar Dueñas of Dawis Sur, Aireen Bontia of Dawis Norte and Rosalyn Bontia of Cogon East - thanked the congressman for providing a solution to their water problem.

He noted that Carmen is the source of bulk water supply for Metro Cebu and yet, many residents don’t have access to a potable water system.

Aside from water systems, Frasco has also initiated other infrastructure projects in Cebu’s fifth legislative district.

The biggest project is the construction of a new road that will link the northeastern towns of Liloan and Compostela to the western seaboard, cutting through Danao City’s mountain borders to Asturias.

Frasco also inaugurated three weeks ago a major road project in Poro, with an estimated project cost of P80 milllion. This was implemented in partnership with the Cebu Provincial Government.

The congressman’s medical and social services programs are benefitting people across several towns in the district.

Early this month, he distributed P3.5 million in financial assistance to beneficiaries in Danao City.

More than P650,000 in medical and burial assistance also benefited 300 people from the island towns of San Francisco, Tudela, Poro and Pilar recently.

The congressman assured that those who need aid no longer have to produce an endorsement letter from any political leader.

He also endeavors to build universities in Liloan and Borbon to help families cope with the rising cost of education. (PR)