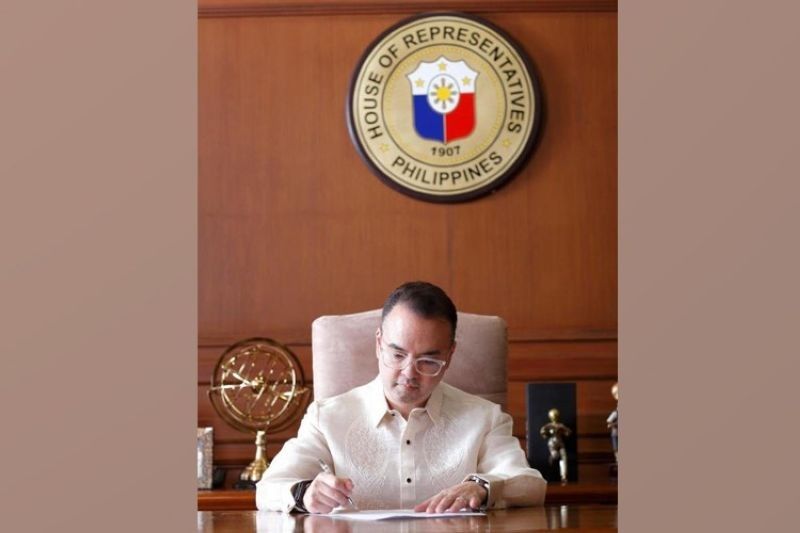 REPRESENTATIVE Alan Peter Cayetano on Wednesday, September 30, 2020, offered to resign as House of Representatives Speaker to honor the term-sharing deal, but his colleagues immediately rejected this.

In a privilege speech a day after their meeting with President Rodrigo Duterte, Cayetano insisted that he was willing to honor the term-sharing deal with Marinduque Rep. Lord Allan Velasco.

But he said he could not guarantee that Velasco, who is supposed to take over as Speaker for the next 21 months under the 18th Congress, will get the majority votes from the members of the House.

He said either Velasco will not get the votes needed to install him as Speaker or he will immediately get ousted if elected.

“Under the Constitution, you need the majority of all members to be elected Speaker. So I can step aside. But I cannot guarantee he will be elected,” Cayetano said in a privilege speech Wednesday.

“In fact, I would make a fearless forecast. Hindi s’ya mananalo. Or, if I step aside, mananalo s’ya (but) after one week, maco-coup d’etat s’ya. Bakit? Maraming popular sa Kongreso.

He criticized the camp of Velasco for allegedly sending fake messages regarding their meeting with President Rodrigo Duterte on Tuesday night, September 29.

Cayetano said he was saddened that Congress is focused on the House leadership amid the coronavirus disease 2019 (Covid-19) pandemic.

“I have always made it clear that I would abide by the wisdom of President Rodrigo Roa Duterte. The meeting last night was not only about the speakership, but also about matters of great national importance,” he added.

The incumbent Speaker also revealed that Duterte repeatedly asked Velasco to move the term-sharing deal to December to give way for the House’s discussions on the 2021 budget bill.

Cayetano said the final verdict lies in the hands of their colleagues in the House.

Under Section 13 of the House rules, leadership posts in the lower chamber are considered vacant when an officer “dies, resigns, or is permanently incapacitated, or when the House declares any office vacant.”

This will allow the Deputy Speakers to elect among themselves an acting Speaker until a new Speaker is chosen.

Instead of following the rules, the plenary voted to approve or reject Cayetano's resignation. (Jove Moya/SunStar Philippines)