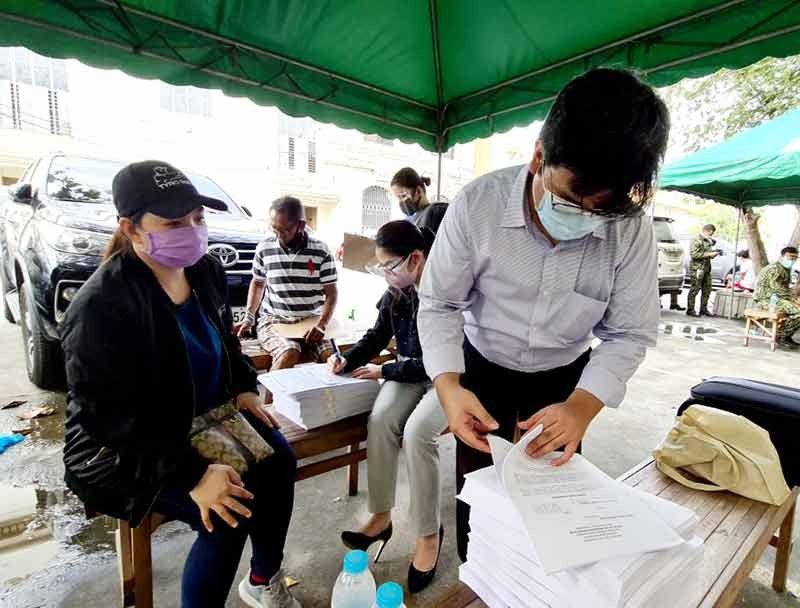 This after Tulfo made a series of “defamatory remarks and malicious posts” against the steel smelting plant.

"I am executing my complaint affidavit on behalf of Real Steel Corporation to charge respondent Erwin Tulfo, host of TV and Radio program 'Tutok Tulfo 2.0, and Joey Gumana, former employee of RSC for conspiring with each other with at least one count of the crime of libel as defined and penalized under Article 353 of the Revised Penal Code and three counts of the crime of Cyber Libel as defined and penalized under section 4(c)(4) of the Republic Act 10175, also known as the Cybercrime Prevention Act of 2012," said Zalazar in a statement submitted to RSC counsels.

Mendoza said RSC decided to file libel and cyber libel complaints against Tulfo because of alleged defamatory remarks and baseless accusations made by the journalist in his TV and radio programs, as well as on social media platforms YouTube and Facebook.

"It is because of the defamatory remarks of TV host and social media personality Erwin Tulfo that we filed the case on behalf of RSC," said Mendoza shortly after she submitted the complaint affidavit to the Provincial Prosecutor’s Office.

RSC owner Irwin Chua also filed a separate libel and cyber libel complaints via online before the City Prosecutor’s Office in Quezon City against Tulfo and Gumana, a dismissed RSC employee who reportedly sought the help of the news anchor, and alleged he was “a victim of maltreatment by Chua and RSC management,” whom he accused further of “padlocking 100 workers inside the factory and forcing them to sniff illegal drugs before going to work.”

In his complaint affidavit, Chua claimed Tulfo's tirades, on separate occasions in social media, television and radio, is “against me being a private businessman, are malicious, degrading, baseless and unfounded.”

He said in the statement the TV host “did not even bother to get my side before airing and posting the issues on social media. “

"Tulfo's gesture and remarks are clear examples of irresponsible journalism," said Chua in a phone interview with media.

"I was described as a Chinese national in one of the social media posts with the caption ‘Chinese national pinipilit ang mga empleyado magshabu, ginagawang target practice at binubugbog,’" said Tayag in his complaint affidavit filed before the fiscal's office in this city.

RSC announced some of its employees who have voluntarily resigned after they were allegedly “threatened by dismissed workers,” were reinstated by the company and several others have applied for work as a replacement for those who were not given the chance to return to their jobs. (JTD)