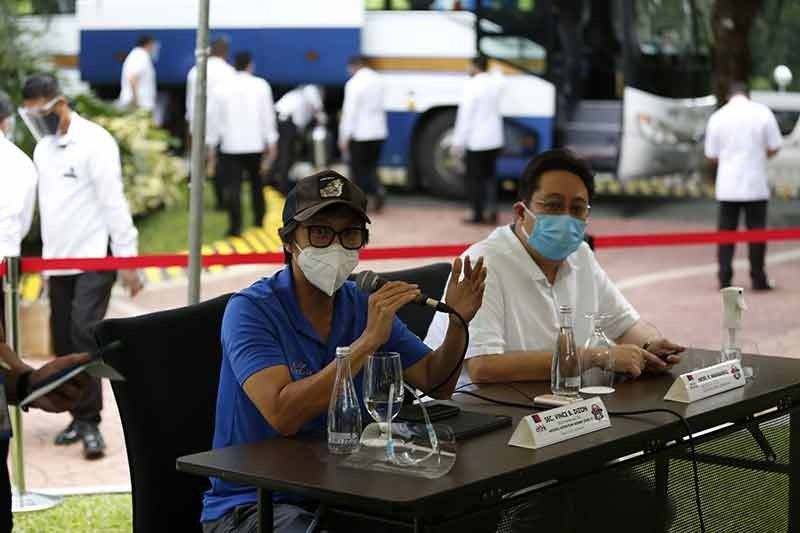 THE hosting of the Philippine Basketball Association's (PBA's) bubble tournament in Clark Freeport is a testament to the freeport’s resilience amid the pandemic, an official said.

According to Clark Development Corporation (CDC) President and Chief Executive Officer (CEO) Noel F. Manankil, the staging of one of Asia’s premier basketball leagues in the Freeport is also an initial step for Clark to revamp and revive its tourism industry, which was the most affected sector at the height of the pandemic.

Manankil, during a press conference on Tuesday, September 29, at the Quest Hotel and Conference Center here, thanked the PBA for choosing the Freeport as a suitable venue for their bubble games set-up.

“We are thankful to PBA. For Clark, we all know that the most affected sector is really tourism. So this is the first step into trying to help the tourism locators especially in going towards a new normal. This will be a testament to the resiliency of Clark in handling the Covid-19 pandemic,” he said.

Bases Conversion and Development Authority (BCDA) President and CEO and National Task Force Against Covid-19 Chief Implementer Secretary Vince Dizon said the hosting of the PBA Bubble in the Freeport is a meaningful move for the country.

Dizon said this activity will motivate and give hope to Filipinos – especially PBA fans -- that the country will overcome and continuously curb the effects of the pandemic.

“I think this is also not just for Clark but I think for the entire country. I think it’s very important that we are able to give people hope that this pandemic, while very, very difficult and challenging, may katapusan din ito. And hopefully, ngayon mapapakita natin na kaya nating mag hold nitong mga sporting events as long as it is safe and secured and healthy for the participants. Then, kahit papaaano, simbolo ito na gaganda din ang ating buhay at babalik tayo sa ating mga kinagawian,” Dizon said.

Health and safety protocols were strictly put in place upon the arrival of the 12 PBA teams at the Freeport. Players were directed to the health triage at the entrance of the Quest Hotel Clark where they were initially assessed.

They also underwent swab testing and will primarily have their quarantine inside the hotel until test results are released.

The luggage and baggage of all participants in the bubble were disinfected as part of the strict implementation of standard safety guidelines here. (PR)