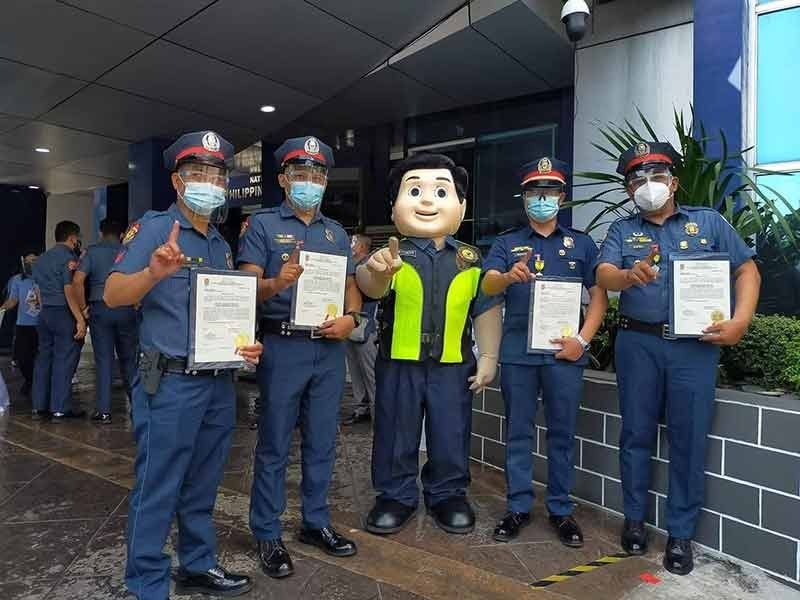 Simbajon, a protegee of Philippine National Police (PNP) Chief Camilo Prancacius "Pikoy" Pascua Cascolan, vowed to initiate reforms and continue the best practices of his predecessor under the PNP Patrol Plan 2030. He was formerly the chief of the PNP Plans and Programs before he was handpicked by the PNP chief to lead the Pampanga police command.

Fajardo will be seeking a new assignment in higher police headquarters.

Simbajon and Fajardo are both members of the Philippine National Police Academy class of 1996.

Fajardo was designated as the chief of the Unit PNP Training Program Development Division (UTPDD) stationed in Camp Crame, Quezon City. Her new assignment was approved by the Police Major General Amador Corpus, head of the Directorate for Human Resource and Doctrine Development (HRDD).

In Camp Olivas, Police Brigadier General Rhodel Sermonia, director of the Central Luzon PNP, is set to relinquish his post anytime next week. He will be reassigned to PNP Directorate for Community Relations at the national headquarters.

Meanwhile, four police officers detailed at the Angeles City Police Office (ACPO) were feted by the PNP for their dedication to service during the traditional Monday flag-raising rites held in Camp Crame, Quezon City.

The four members of the ACPO were directed to report to the PNP National Headquarters where they received the awards from the PNP chief himself after their video on the arrest of a Filipina and her Chinese companion went viral on social media.

The video showed how the four policemen stood their ground and prevented entry to Angeles City a certain L.A. Abegail Jabel and her Chinese companion Ching Li from the National Capital Region (NCR) after they failed to show travel authority and quarantine certificates as required by the pandemic task force on September 25.

The suspects onboard a vehicle attempted to bribe the police officers, which ended in their arrest.

"The policemen’s actuations only proves their sincerity to their sworn duty. This also highlights the credibility and reputation of the organization as a whole," said Police Colonel Joyce Patrick Sangalang, director of the ACPO.

Sangalang said the suspects, who claimed they were transferring residence to Angeles City from NCR, was flagged down by the policemen and checked the health protocols as required by the Inter-Agency Task Force for the Management of Emerging Infectious Disease (IATF).

"Requirements set for travelers especially from a place under the General Community Quarantine must secure travel authority, quarantine and medical certificate from the place of origin," Sangalang said, adding the suspects failed to show any of the requirements and instead offered P2,000 to let them enter the city.

The event, Sangalang said, was recorded by one of the policemen and uploaded on social media. He said it was Police Deputy Director for Administration Deputy Director General Guillermo Eleazar who saw the video that went viral on Facebook.

Eleazar immediately called the attention of the four policemen and told them to report to Camp Crame to receive the award.

“This goes to show that the PNP is quick in giving rewards to deserving personnel and acknowledge their notable deeds, but we are also swift and decisive in punishing the misfits and the undisciplined,” said Sermonia. (PR)