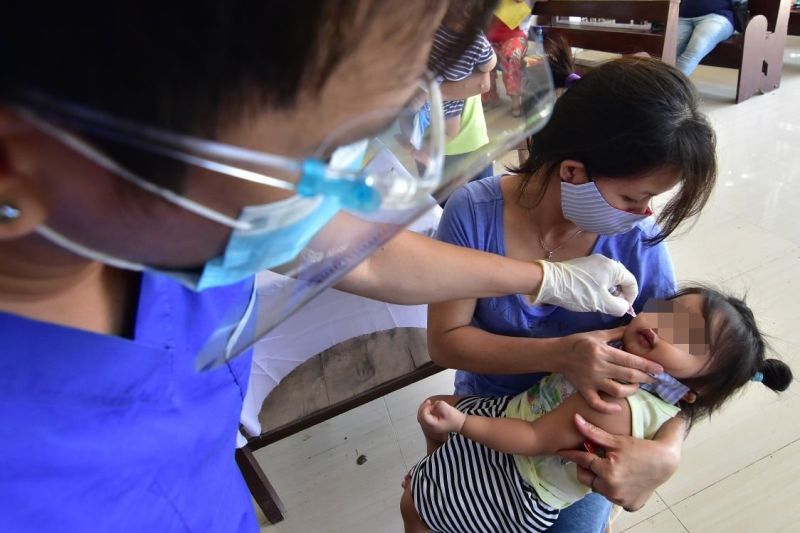 INSTEAD of making it mandatory, Davao City Councilor Mary Joselle Villafuerte’s proposed ordinance now aims to strengthen the immunization services and coverage of the city through the use of early childhood care and development (ECCD) cards.

The ordinance was reverted back to second reading on September 15, after Councilor Pamela Librado-Morata and a group of concerned parents and educators, questioned some of its provisions, particularly the word "mandatory" on its title, which they deemed "coercive."

With the new approved title, Villafuerte said the ordinance aims to strengthen the existing Republic Act (RA) 10152 or the Mandatory Infants and Children Health Immunization Act of 2011.

In the amended proposed ordinance, the city "will endeavor to make immunization coverage more comprehensive in order to curb the proliferation of vaccine-preventable diseases.”

"With the strengthening of the promotion and implementation [of] RA No. 10152 in the city, the possibility of future outbreaks of vaccine-preventable diseases will be reduced, and the general health and welfare of its people will be similarly preventive," the proposed ordinance states.

Vaccine-preventable diseases, as defined by the ordinance, include tuberculosis, diphtheria, tetanus and pertussis, poliomyelitis (polio), measles, mumps, rubella or German measles, Hepatitis-B, H. influenzae type B, and other types as may be determined by the Department of Health (DOH) or by directive from proper authorities especially during "exigent circumstances" or when there are situations like public health emergency.

Villafuerte had previously clarified the definition of "mandatory" in her item is in accordance with RA 10152, which refers to the government being mandated to give basic service of making it accessible to the public.

She, however, decided to remove it from the ordinance title to avoid further argument.

She also clarified that parents who refuse to have their children vaccinated will not be penalized, as feared by those wanting to defer its passage.

On its scope and coverage, the ordinance will apply to all infants and children in the city, with the consent of their parents or legal guardians. Non-residents may also be covered in the ordinance.

The immunization will be administered to children, and shall cover vaccine-preventable diseases, and may be applied as appropriate to children up to five years old, regardless of economic, educational, and immunization status, in the event they are found to have lacked the mandatory basic vaccine.

Vaccines given under the ordinance will be free of charge.

Villafuerte said the usage of EECD cards, called the "immunization card," will be issued to every vaccinated child by the health care facility, whether public or private.

The councilor said in a radio interview that the card will also serve as an "express waiver," signifying that the parent will not have his or her child vaccinated.

The ECCD will also be presented in school when required as part of the student's enrollment, and the information in the card will be encoded in the student's school health record.

The record, meanwhile, will be used by CHO to establish a database of the immunized children and those who lack vaccines.

Exempted from the ordinance are those who have allergies or found to exhibit adverse reactions to vaccines, those with prevailing medical conditions and those who object based on religious and cultural grounds.

The ordinance, initially solely tasked to the City Health Office (CHO), will now work closely with different private health sectors such as the Philippine Pediatric Society, Inc. and its Davao Southern Mindanao chapter, Philippine Foundation for Vaccination, and the Pediatric Infectious Disease Society of the Philippine.

"They were amazed that Davao City is doing this ordinance, and they wanted to lobby it to other areas," Villafuerte said in a radio interview on 87.5 FM Davao City Disaster Radio.

Meanwhile, the City will conduct information dissemination once the ordinance is enacted.

Librado-Morato, in a forwarded statement, said she is happy that some of the lobbied amendments were included.

She said she did not intend to block the proposed ordinance despite calls for its deferment.

"In fact, the co-sponsorship I gave registered in today’s deliberation simply states a few facts. First of which is the obligation of every councilor to represent the voice of our constituency on issues that will stand to affect or benefit them, which includes concerns on public health and welfare," Pamela-Librado said.

She had personally talked to Villafuerte after some concerned parents expressed their concern on the ordinance. The latter immediately conducted an online video conferencing to hear the other party's side on the matter.

Pamela-Librado in her previous speech clarified that the parents are not "anti-vaccine" but rather for "more informed choices."