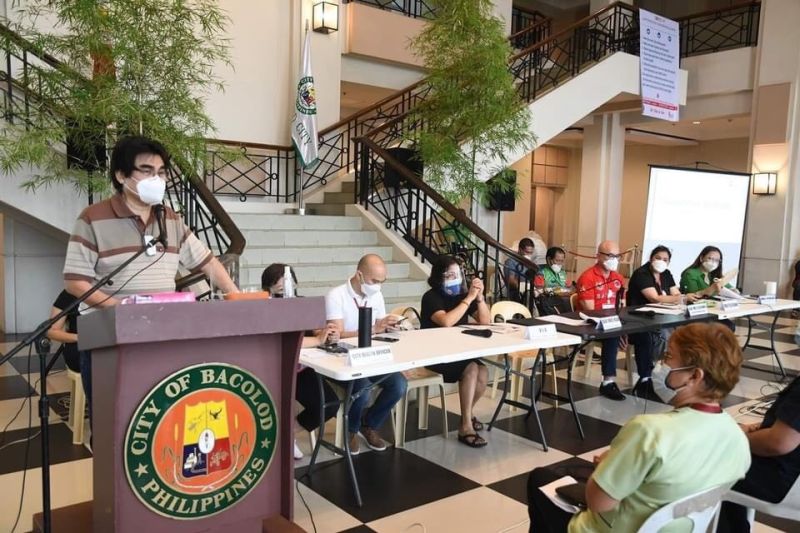 BACOLOD City continues to enhance its response against the deadly Covid-19 disease — this time, by adopting a customized online application for contact tracing.

The “BaCTrac Contact Tracing System" is a web-based and mobile-based app developed for the efficient and expeditious contact tracing of confirmed Covid-19 positive patients in the city.

The app was inspired by the South Cotabato Covid Contact Tracing System (SC-CCTS), which has proven helpful in data gathering amid local transmissions of the dreaded virus.

“May I publicly acknowledge and thank Governor Reynaldo Tamayo Jr. of South Cotabato; they are the owner of this system. I called him and he graciously gave us this app we can now use in our cellphones,” said Leonardia.

In replicating the SC-CCTS through BaCTrac, the City Government will be able to record the movement of individuals around Bacolod and elsewhere in the province. This will allow the Emergency Operations Center (EOC) Task Force to easily locate people suspected of having contact with Covid-19 patients.

“By adopting this new technology, we are doing away with the use of manual registration in all the places that are often sources of contamination or infection. This is very much of help in our tracing activities,” said IATF-Visayas chief implementer Major General (retired) Mel Feliciano.

To facilitate the app’s use, Bacolod City residents will be required to register online in the BaCTrac system. To register, one can visit www.bacolodcity.gov.ph and access the BaCTrac page.

Upon registration, an individual will be issued a BaCTrac card that contains their name, address, identification number and a uniquely assigned quick response (QR) code.

Business and government establishments will also be required to download the mobile app’s “CCTS Logger” on Google Store to be able to scan BaCTrac cards.

The cards will be used to sign in to a digital logbook, through scanning the QR code, upon entry in government premises or private establishments to record the date and time of visit.

“Early last month, while we were in the process of intensifying our contact tracing efforts, I came across an online article about the contact tracing system developed by South Cotabato. I shared the article with members of our data management cluster and they agreed that it is an easy, accessible and fool-proof system,” said City Administrator Em Ang, executive director of the EOC Task Force.

“It’s very simple. It’s free for everyone. It is also accessible. Once you are registered, a QR code will be generated for you. You can have it printed out and then keep it in your wallet,” Ang added.

This CO requires all business establishments and government offices to be part of the BaCTrac System while all residents and visitors of the City are mandated to register themselves in it to be allowed entry into such public establishments and spaces.