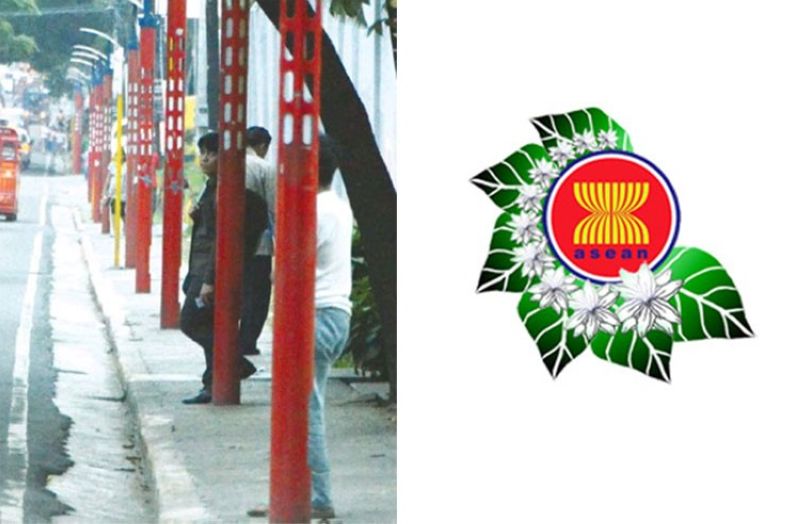 WHAT WE KNOW. The decision of the Sandiganbayan, promulgated September 24 and made public Wednesday (September 30), found guilty of corruption only three of the 11 persons charged over decorative lamp posts bought for Lapu-Lapu City and cleared all the indicted 11 over the lamp posts for Mandaue City. The lamps were installed for the 12th Asean Summit held in Cebu City from January 9 to 15, 2007.

Three of those convicted for violation of the Anti-Graft and Corrupt Practices Act were Robert Gingging Lala, regional director; Pureza Fernandez, OIC chief of the maintenance division; and Agustinito Hermoso, member of the bids and awards committee, all former officials of the Department of Public Works and Highways (DPWH). The fourth was Gerardo Surla of Gampik Construction & Development Inc. They were sentenced each to imprisonment of from six years and one month up to eight years, with perpetual disqualification from public office for the public officials.

The lampposts purchased: for Mandaue, 300 sets at P83,250 each, totaling P24.98 million; for Lapu-Lapu, 120 sets costing P35.63 million. Excess in Mandaue was estimated at P17 million while that in Lapu-Lapu was P12.6 million. Ombudsman Visayas had earlier computed overprice at 10 times the actual cost of each set.

All of the 11 charged with alleged overpricing and bidding violation in the Mandaue purchase were acquitted. And only three were found guilty for the Lapu-Lapu deal.

The Sandiganbayan decision said the prosecution failed to prove their guilt beyond reasonable doubt.

Performance by prosecutors was not even or the evidence available for each set of cases varied.

EARLIER FINDINGS. Many people thought litigation and other disputes over the lampposts were finished. Since 2007, in the course of the years, there have been decisions and rulings arising from the same scandal:

[1] In February 2017, COA reversed a June 15, 2010 ruling of the commission's regional office reducing the disallowance against Mandaue and Cebu City officials over the street lamps. It raised the liabilities of former local officials of Cebu City and supplier Gampik Construction and Development to P23.97 million, from COA-7 estimate of only P13.335 million,

The basis: there was clear violation of the requirement of bidding and the negotiated contract was not justified.

[2] In an August 17, 2011 ruling, the Court of Appeals upheld the dismissal of 14 DPWH officials who were found guilty of buying 1,800 lamp posts the tri-cities of Cebu, Mandaue and Lapu-Lapu for the 2007 Asean Summit. They were found guilty of grave misconduct. Those were administrative charges before the ombudsman, punishable with dismissal, forfeiture of retirement benefits and perpetual disqualification for public office. They were separate from the criminal charges before the Sandiganbayan.

[3] Last October 25, 2019, the Sandiganbayan dropped the graft charges the late former Mandaue City mayor Thadeo Ouano and another DPWH official and acquitted 11 other accused over the overpriced lampposts. The court did not find them guilty beyond reasonable doubt.

This must be over another set of decorative lamps since it involved 89 sets costing P50,000 per set, or a total of P19.98 million, and the supplier has a different name: Fabmik Construction and Equipment Supply. (The other supplier was Gampik Construction and Development Inc: Fabmik and Gampik, they rhyme.) They were installed along the route that the Asean Summit delegates would take. Also overpriced, by P6.13 million, beyond the 10 per cent variance that COA allows.

CHARGES VS OUANO, RADAZA. In the 2017 Court of Appeals ruling, former Mandaue City mayor Thadeo Ouano was included among those whose dismissal the CA affirmed. In the 2019 Sandiganbayan ruling, charges against Ouano, who died on February 26, 2016, and a DPWH administration division chief, a news report said, "were dismissed by reason of death." Former Lapu-Lapu City mayor Arturo Radaza also was dropped from similar charges over Lapu-Lapu lamps by reason of his 2010 reelection under the Aguinaldo doctrine.

SYMBOL OF SHAME. The lamp post scandal, along with the CICC

construction and other controversies on government spending for the Asean Summit, scarred the image of Cebu as host of the regional inter-nation conference. The hosting was used as excuse for projects that were done in haste and allegedly corrupted.

In April 2012, after standing idle, unlighted and mostly vandalized for five years since the Asean summit, Cebu City's traffic agency Citom removed the 677 lampposts in the city. They were deemed "an eyesore, an obstruction and symbol of corruption and shame."

WHAT WE DON'T KNOW. Whether all those who profited from the scandal were penalized in some form or another. Whether the government has already been paid the disallowed spending by the public officials ordered to pay, most of whom had left the service or died.