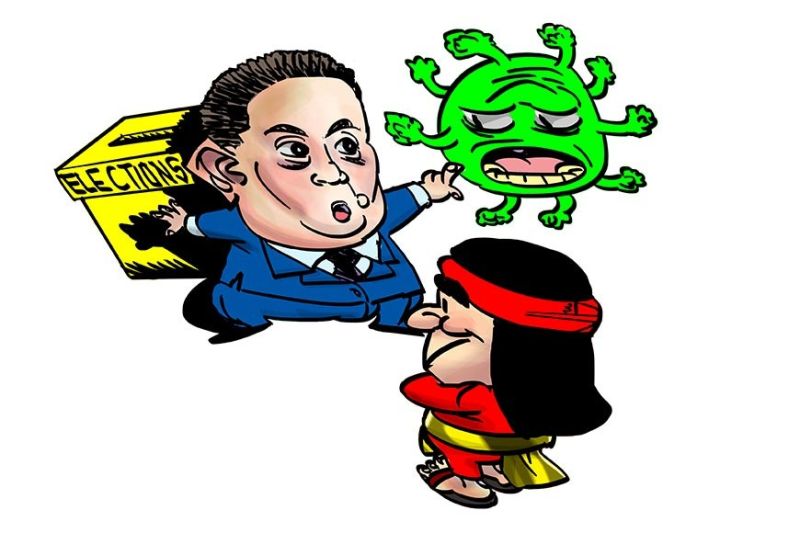 HOW should one put it? Pampanga Rep. Mikey Arroyo threw questions at Commission on Elections (Comelec) Chairman Sheriff Abas during the budget hearing specifically on the poll body’s proposal for an allocation of P10.04 billion to prepare for the 2022 elections, which will open for voting around 18,084 seats, the presidential and vice presidential positions included.

Arroyo, in that hearing, explained that he had done his own reading of the pandemic and considering that the availability of a vaccine still hangs in the air, and went on to air his “curiosity” over the possibility for the Comelec to postpone the elections.

“The thought that we will postpone the elections, has that ever triggered in your mind,” he asked Abas.

The Comelec chairman felt he had to explain that the possibility is far-fetched, the poll body had already started its preparations, including what protocols to take should the public health crisis drag on until such time. Abas said they have already created a special committee to tackle plans in case Covid-19 persists until 2022.

Apparently, a sector of the public did not take Arroyo’s “curiosity” lightly.

Besides, said Abas, it’s a Constitutional mandate, and only Congress and the President can postpone the election.

Regardless of how the representative phrased his question, public perception will always steer towards him suggesting a no election scenario—thus, the social media melee that hit him for such a surreptitious floating of the idea.

The public reaction did not just pop out of nowhere. There is a percentage of dissatisfied citizens who feel frustrated at how government had mishandled the crisis, and how the Philippines fell behind in the fight, thanks to the performance of many of its neighbors in the region we now have this frustrating contrast right down our noses.

This same sector apparently anticipates a seachange in the political landscape after this pandemic. These are the people who can’t wait for the 2022 elections, and who’d want to get all assurances that the polls would happen to the letter.

The stir Arroyo caused apparently is directly proportional to the frustration some people felt in the way things are being run by those in charge.

The congressman’s suggestion, if we can call it that, pales amidst the fact that mobility has been allowed by government to reopen the economy. It’s nothing but a buzz, a public conditioning of a no-election scenario, but nevertheless an impossible tale. By all means, an election must be held in 2022.