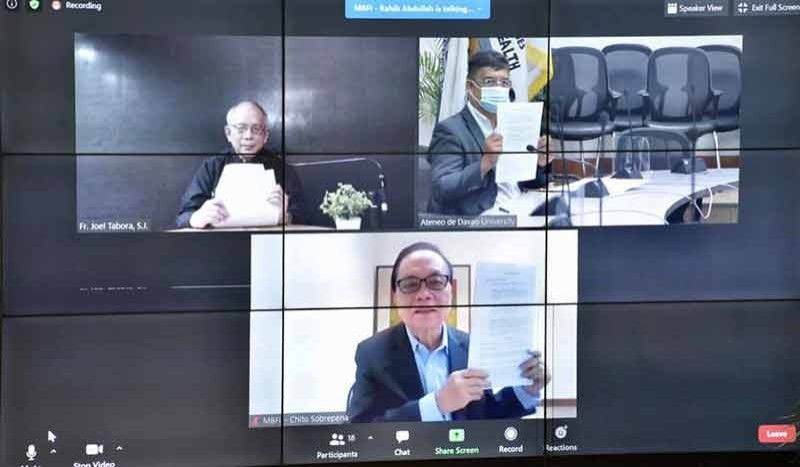 The P18-million worth molecular laboratory will be donated by MBFI to the state hospital through AdDU, who will oversee the establishment of the laboratory.

This molecular laboratory will have one RT-PCR machine capable of doing 200 tests per day for an eight-hour shift with a result turn-around of three operating days.

According to Sobrepena, they target the start of construction to be on October 19. He said they are allotting 60 to 75 calendar days for the completion of the establishment.

Health undersecretary and former SPMC chief Leopoldo Vega expressed his gratitude to the foundation, emphasizing the help the laboratory can contribute especially in the fight against Covid-19.

"Through this molecular lab, we will be able to trace more patients who are in direct contact and also isolate them because we now have the capacity to test more. This molecular lab will come a long way in providing the risk balance that we need in opening our economy. We have to be aggressive in testing," said Vega in a recorded video presented during the program.

For his part, Audan said the laboratory will be a great help in public health decision making and in faster detection of the virus.

He added that while MBFI commits for the funding of the infrastructure, AdDU will do the legwork and will be in charge of the construction.

The laboratory will be built inside the SPMC compound along J.P. Laurel Avenue, Davao City.

A laboratory donated by Unilab to the Davao City Government has recently been open for testing specimens while Davao Doctor's Hospital has also submitted documents for accreditation of their own testing centers.