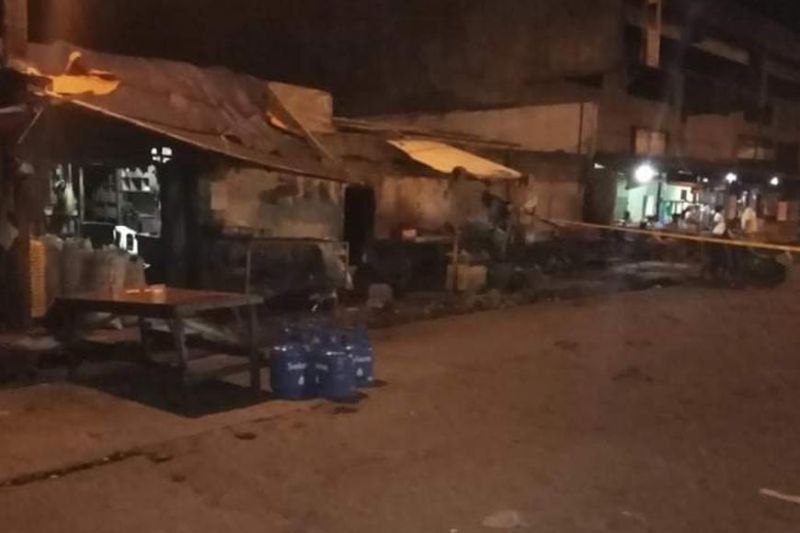 BACOLOD. Police cordon in place as officers investigate the scene of the crime where the businessman was shot to death by unidentified assailants. (BCPO photo)

A BUSINESSMAN was shot to death by two unidentified assailants on a motorcycle in front of his store on Galo-Ramos Streets, Barangay 19, Bacolod City Wednesday evening, September 30, 2020.

Police Major Charles Gever, chief of Police Station 4, said Thursday the victim, who engaged in a chicken business, was sitting in front of his store along with his live-in partner when two unidentified suspects approached him and fired at him six times using an unidentified firearm and fled.

The victim sustained gunshot wounds on his stomach. He was brought to the Corazon Locsin Montelibano Memorial Regional Hospital, but he did not survive.

Gever added they are looking into personal grudges or business as possible motives in the killing of the victim.

The investigators of Police Station 4 are still gathering pieces of evidence to determine the identities of the two suspects.