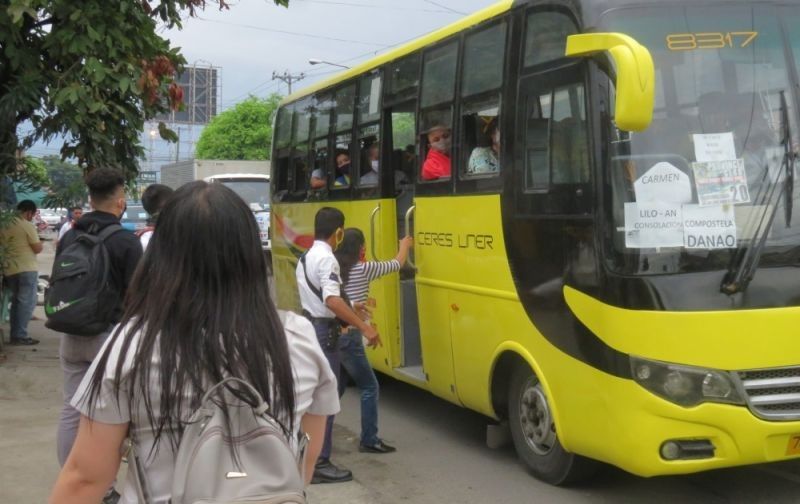 THE units operated by Cebu Interim Bus Service (CIBus), MyBus and Persano Corp. have returned to their original routes starting on Thursday, Oct. 1, 2020.

Allowing buses and beeps to pick up passengers along their pre-pandemic routes was a decision made by the Land Transportation Franchising and Regulatory Board (LTFRB) 7 to address the lack of public transportation in the areas of Sitio Banawa, Barangay Guadalupe and Barangay Mambaling in Cebu City and parts of Talisay City.

Workers have returned to their work as Cebu City’s economy has reopened under the less restrictive modified general community quarantine (MGCQ), which has been imposed by the government since Sept. 1 to slow down the transmission of coronavirus disease 2019. The MGCQ status was extended until Oct. 31.

MyBus units also went back to its original routes:

The beep units of Persano Corp. are now also plying these routes:

from R. Duterte St. to Sykes via Happy Valley, to Fuente Osmeña, to Ramos St., then D. Jakosalem St., to Cebu Business Park and vice versa.

Authorities have allowed TPUJs to resume operations in all cities and municipalities in Central Visayas except Cebu City and Mandaue City.

The group, which includes Montealto, met on Thursday, Oct. 1, discussing which routes that need TPUJ augmentation.

Montealto said allowing TPUJ involves the issues on public health and safety; the task force must make sure that these are in place before allowing TPUJs to operate in Cebu City again. (WBS)