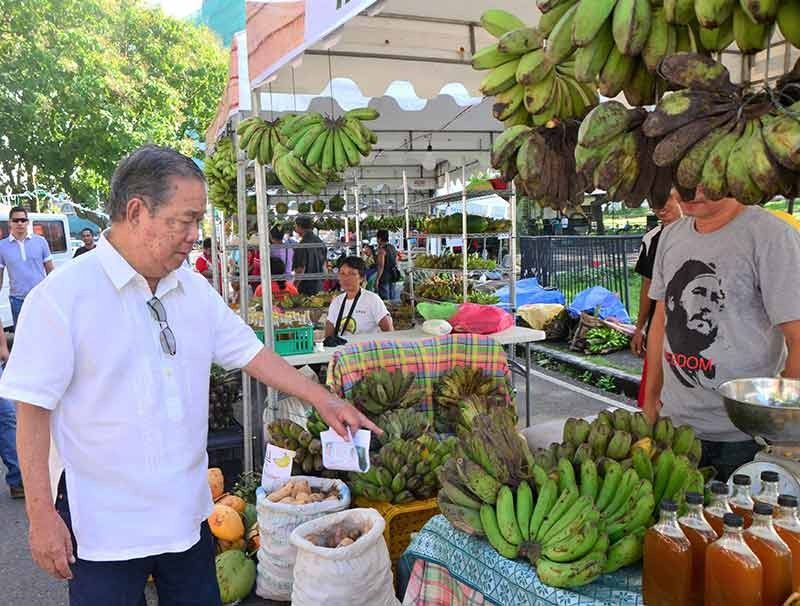 BACOLOD. For business group Metro Bacolod Chamber of Commerce and Industry, the late governor Alfredo Marañon Jr. was a politician by profession but a farmer by heart. (Richard Malihan Photo)

BUSINESS and other groups have cited the contribution of former Negros Occidental governor Alfredo Marañon Jr. to the socio-economic development of the province.

On Thursday night, October 1, Marañon passed away at the age of 84 due to complications associated with his cardiac health.

Carbon said one is focused on human resource -- the high school graduate and out-of-school youth, providing them employable skills.

The other is developing the local industries like crab canning plants, livestock and cattle farm which is a complementary business to sugar farming, and aquaculture particularly vannamei or white shrimps venture which has a large export potential, among others, thereby providing job opportunities at home.

"The end results, the locals have improved their purchasing power and attained better living conditions. Also, wealth are created," he added.

Marañon served as governor for three terms, from 2010 to 2019. He retired from public service in June last year.

He [Marañon] has contributed to making the province become attractive to external investments like solar plants, biomass power plants, wind farms and telecommunications that helped hasten the socio-economic development of the Island, the business leader further said.

The MBCCI, in a statement, said the chamber has worked with "Governor Freddie" for many years.

"We could say, it's a life lived to the fullest. They said he was a politician by profession but a farmer by heart. Yes, that's very true," the group said.

It said "there is something which may define his public life. He used to tell us that education is a great equalizer."

The MBCCI said that compassionate heart and passion for educating the under privileged gave birth to the Negros Occidental Language and Information Technology Center and scholarship program of the province.

"To us, that's the real and everlasting legacy of Governor Freddie Marañon for the Negrenses and his beloved province," it added.

For other individuals and groups, the former Negros Occidental top official has also played an important part in their respective causes.

San Carlos Bishop Gerardo Alminaza, a staunch advocate for environment protection and conservation, thanked Marañon for his significant contribution among other things in keeping Negros coal-free and as renewable energy capital of the country.

"Thank you for giving us all hope, especially to our youth," the church leader said.

For the Youth for Climate Hope, there is a coal-free Negros, because when the youth and the people stood up and spoke out, there was a leader who listened.

The youth group said this is one of the noble legacies Marañon has left Negrosanons with -- inspiring advocates all around the Philippines.

"We are proud to remain a coal-free and renewable energy province, and we are blessed to have had a leader who understood that the planet and its people are what matters most," it added.

The Youth for Climate Hope expressed hopes that "our current leaders will honor your legacy and renew their commitment towards keeping Negros clean and sustainable."

"We hope that wherever you are, you can see the hopeful tomorrow's laid out for us," it said, adding that "thank you for standing with the youth and our right to a livable future."

Uy, in his Facebook post, thanked Marañon for everything he had done for the province especially to the farming sector.

"We promise to continue our advocacy. We hope to keep your legacy alive as it is something that will live in our hearts forever," he added.