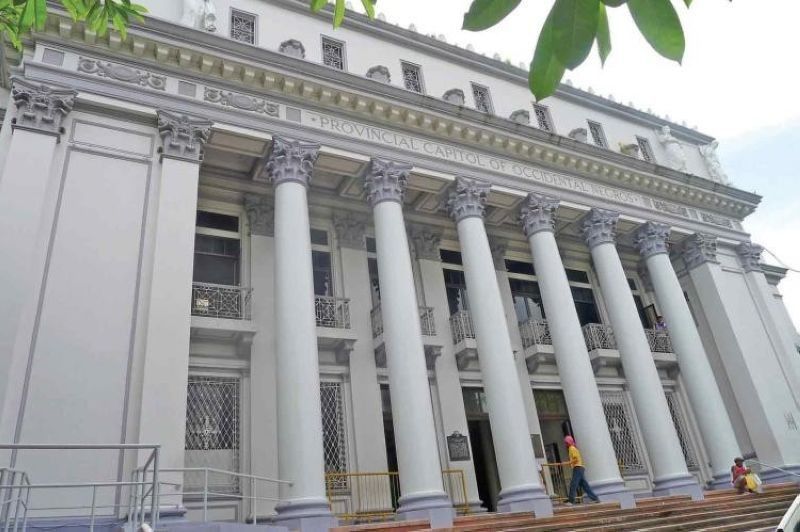 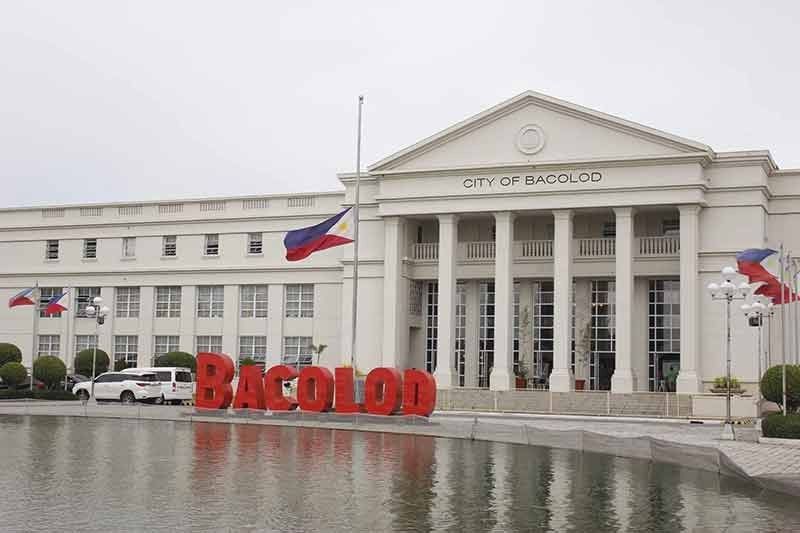 IN MEMORIAM. In Bacolod City, as tribute to the life and works of former governor Alfredo Marañon Jr., who passed away Thursday night, October 1, Mayor Evelio Leonardia ordered for the flags at the Bacolod City Government Center, Old City Hall, and Public Plaza to be flown at half-staff starting October 2, 2020. (Bacolod City PIO)

FORMER Negros Occidental Governor Alfredo Maranon Jr. is set to be buried on Sunday, October 4, at the family mosoleum in Palanas, Sagay City, his hometown.

Marañon, fondly called by people close to him as 02 or Tito Freddie, died of multiple organ failure on October 1.

His wife, Dr. Marilyn Marañon, said the former governor had multi-organ problems on his heart, kidney and lungs agitated by his fall inside their comfort room that caused fractures on his ribs.

Dr. Marañon said the former governor told his children not to quarrel on money matters.

The family asked for those who would like to share to give it to the St. Joseph Parish in Sagay City or to the Carmelite Church.

The former governor has donated two hectares of land for a bigger location of the St. Joseph's Church, Mrs. Marañon added.

Marañon was given tribute on Friday, October 2, at the Provincial Capitol grounds by the provincial officials led by Governor Eugenio Jose Lacson and Vice Governor Jeffrey Ferrer. The flag was officially turned over by Lacson to Mrs. Marañon.

From the Capitol, Marañon's body was brought to Sagay City Friday, October 2.

For his part, Lacson said, it is indeed "a very sad day for many of us in Negros Occidental."

"We can only remember the five decades that this man gave to public service in Negros Occidental," he said.

"We know how hard it is to be a wife of a politician whose priority was always the province of Negros Occidental. I thank Tito Freddie for his guidance, perseverance and time. I had been his vice-governor for six years. We always feel the loss knowing this man served us with all his best even if he is not feeling well, sometimes he would still report to the office and visit some projects," Lacson added.

He said Marañon had done several projects in education, health, agriculture, infrastructure, and in helping cooperatives and encouraging business process outsourcing, which are big things for the province.

"I can still remember him saying do your best, everything is already in place and that's what I'm doing as we are still working with the same people he worked with so we understand the direction of the province," Lacson said.

On the part of Ferrer, he described Marañon as a God fearing leader and a person who was easy to talk with.

"Our closeness is beyond politics. I lost a best friend, a father and a political elder. His legacies will stay in the province," Ferrer said.

He said in the coming days, the members of the United Negros Alliance, the local provincial political party founded and chaired by Marañon, will be meeting about future plans.

This was also said by Cadiz City Mayor Salvador Escalante, who was a close political ally of the former governor.

Eacalante said Marañon made him a politician from his stint as barangay kagawad up to the present.