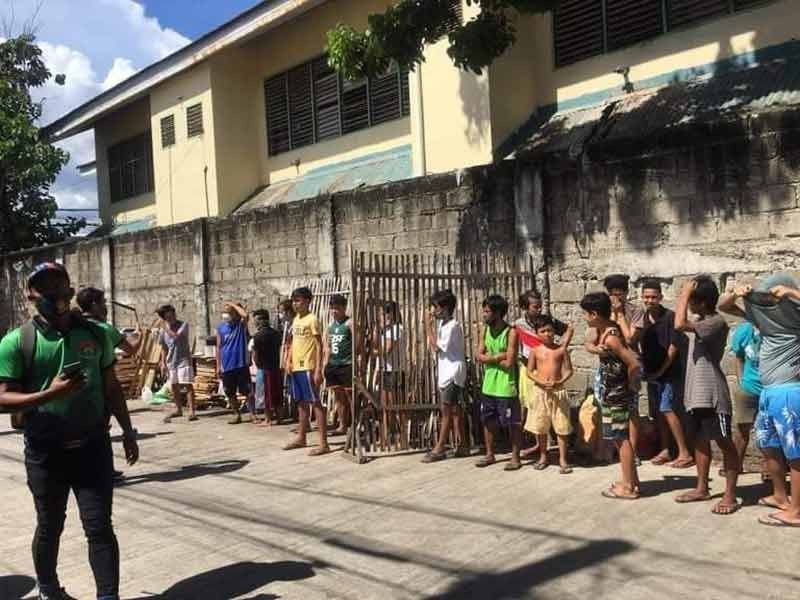 EVEN in time of health crisis caused by the Covid-19 pandemic, old habits that could put everyone at risk these days die hard—eight children played online games inside an internet cafe in Barangay Tisa, Cebu City and five persons, including a minor, staged a spider fight in the northern Cebu town of Borbon.

These incidents happened on Thursday, Oct. 1, 2020. All the persons involved failed to wear masks and they neglected social distancing.

The police in Borbon town seized the devices used in staging a spider derby and bet money; they also rescued 32 spiders, saving them from their imminent deaths.

The spiders were released in the woods at the back of the Borbon Police Station past lunchtime on Friday, Oct. 2. The police officers made sure the spiders were set free in different paths to prevent them from staging their own skirmish.

Health and local government officials have been reminding the public that they must still protect themselves and others by following the protocol imposed by the government to slow down the coronavirus disease 2019 transmission.

The entire Cebu Province, including the cities of Cebu, Mandaue and Lapu-Lapu, are under the less restrictive modified general community quarantine (MGCQ) until the end of October.

In Tisa, the internet cafe where the children were caught playing online games on Thursday, Oct. 1, 2020, will be investigated.

The incident also pushed the Cebu City Police Office (CCPO) and its 11 field stations to conduct regular inspections on all internet cafes in the city.

Under MGCQ status, more businesses have been allowed to operate again to revive the local economy. But owners must follow the public health measures, said Arriola.

The children were sent to their homes by the personnel of Task Force Kasaligan, a civilian group that had been formed to help enforce public health protocol; their parents were also told not to permit their children to go outside their residences.

Mass gathering is still prohibited as Sars-CoV-2, the virus that causes Covid-19, is easily spread in a crowded place.

A 16-year-old boy was also found in the company of the adults. He will undergo counseling.

Bets goes as high as P2,000 during peak hours, the time when several gamblers gather. (KAL FROM AYB, GPL / MMC)