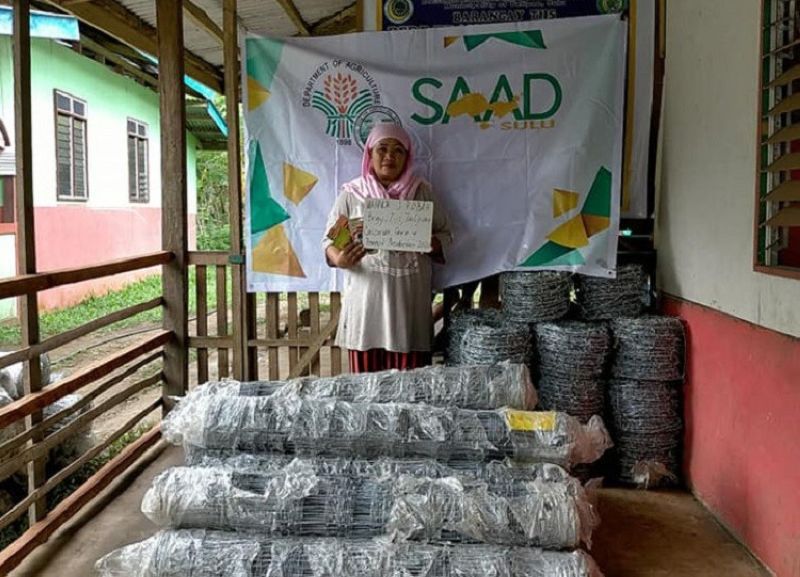 ZAMBOANGA. Sixty-three farmers from three villages in Talipao, Sulu recently receive more than P800,000 worth of livelihood assistance from the Department of Agriculture-Special Area for Agricultural Development. A photo handout shows one of the beneficiaries of the livelihood aid who is into cassava-corn-peanut integrated farming. (SunStar Zamboanga)

THE Department of Agriculture-Special Area for Agricultural Development (DA-Saad) program has released P833,130 worth of integrated livelihood project to 63 farmers in three villages in the town of Talipao, Sulu.

Dauring said the livelihood interventions extended to the beneficiaries are under the DA-Saad 2020 funding allocation.

She said the project assistance is part of the continuous delivery of support to farmers from the Saad program.

“All these inputs are materials for the cassava-corn-peanut production project,” Dauring said.

One of the beneficiaries from Tubod village, Muhaimin Hamid, has expressed profound gratitude to DA-Saad as he has already benefited from the previous project deliveries.

Hamid said he was able to buy additional 32 rolls of hog wire “from my own income to strengthen the fence on my farm.”

“These materials, like hog wires and barb wires, are very important to protect our cassava, corn and peanuts from stray animals and wild hogs that intrude and destroy our farms. I am very much thankful to Saad for the support given to us farmers,” Hamid said. (SunStar Zamboanga)