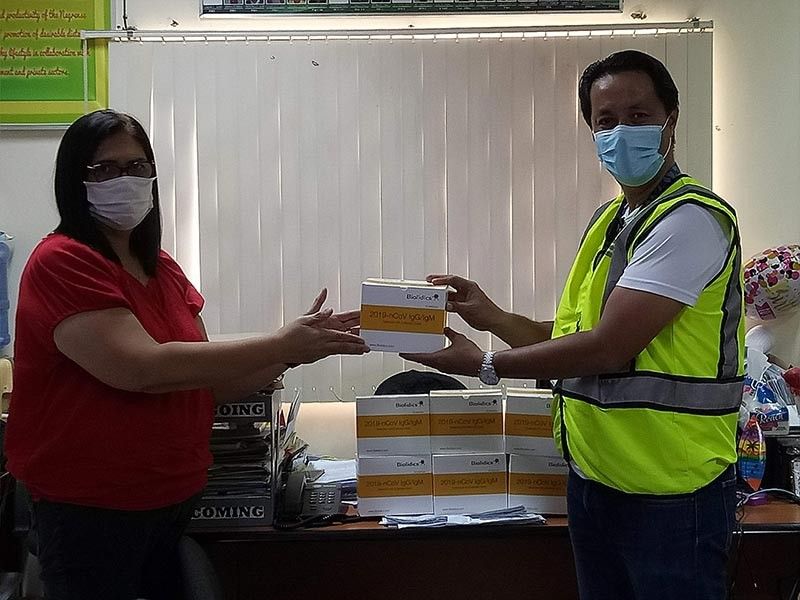 Norreen Bautista, head of EDCs Corporate Social Responsibility (CSR) team in Negros and Mount Apo, said the donation aims to help the province facilitate more preliminary tests for its locally stranded individuals and those who are in their quarantine facilities for faster monitoring and contagion of the virus spread.

"EDC has always been true to its commitment to provide support to its host communities. As I recall, our President Richard B. Tantoco said during our PCR machine turnover event that our efforts to uplift the community will be futile if the province won't be able to manage the transmission of Covid-19, thus our continued support to the province," Bautista said.

EDC donated P1.84 million worth of RAT test kits to the province of Negros Oriental, which were distributed to various local government units (LGUs) within the province.

The Provincial Health Office received the most number of test kits, totaling 1,200 pieces.

The municipality of Valencia and Dumaguete City both received 300 test kits, while the cities of Tanjay and Bayawan received 200 test kits each; Sibulan with 100, and Amlan, Dauin and Bacong had 50 each.

The LGUs expressed their gratitude to EDC for its tireless support not only in their current fight against Covid-19 but also since it has started its operations in the province.

"Thank you so much EDC for your continuous support to our health advocacy and for helping us become Covid-19-resilient," said Valencia Public Health Nurse Mae Ann Manahon.

The two RT-PCR equipment and the RNA extraction machines worth P8.5 million, plus the testing kits, will significantly improve the process of mass testing in the province.

Previously, swab tests were sent to the Vicente Sotto Memorial Medical Center in Cebu or to the Research Institute for Tropical Medicine in Manila, with results taking three to seven days to be released.

With the two RT-PCR machines that EDC has donated, Negros Oriental Provincial Hospital will be able to process up to 500 swab tests in one day and release the results in one to two days.

Valencia, Negros Oriental has been home to EDC's 222.5-megawatt (MW) geothermal facility, the company's second-biggest facility and a model for compact development and greening, for almost 40 years. The facility has been supplying clean, renewable and uninterrupted geothermal energy to Negros Island and the rest of the Visayas region amid the pandemic. (PR)