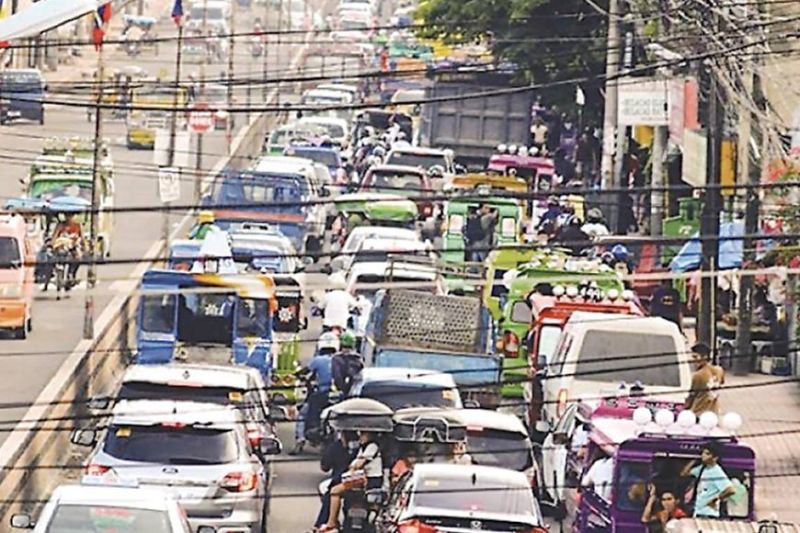 PRE-PANDEMIC TRAFFIC. Now that Cebu is under modified general community quarantine (MGCQ), Talisay City officials report the traffic volume in the southern city has gone back to heavy on rush hour, similar to its level before the Covid-19 crisis. To avert traffic problems, officials have revived the city’s ban on trucks. (SunStar file)

THE Talisay City Government will start to reimplement a truck ban on Wednesday, Oct. 7, 2020, as a way to ease traffic in the southern city during rush hour.

Jonathan “Joy” Tumulak, head of the City of Talisay Traffic Operation and Development Authority (CT-TODA), said officials decided to revive the truck ban due to the heavy traffic that forms in the city’s major thoroughfares especially during rush hour.

Next to Mandaue City, Talisay City is the second local government unit in Cebu to reimpose its ban on trucks after this was suspended for months during the Covid-19 pandemic to give way for the faster delivery of basic goods.

But with Cebu now under modified general community quarantine (MGCQ) status, CT-TODA noted a rise in Talisay City’s traffic volume similar to how it was before the Covid-19 pandemic.

The ban which will be imposed twice a day from 6 to 8 a.m. and from 4 to 8 p.m., Monday to Saturday, is also intended to prevent road accidents involving trucks, officials said.

Trucks involved in the delivery of perishable goods, those carrying sand and gravel and other construction materials, and those used in emergencies are exempted from the ban.

The truck ban is based on an amended ordinance passed by the Talisay City Council.

Violators of the truck ban will be fined P1,500 for the first offense, P2,500 for the second offense, and P5,000 for the third and subsequent offenses.

Aside from CT-TODA personnel, local police will assist in apprehending truck ban violators in Talisay City.

The Mandaue City Government has also reimplemented its truck ban as part of Mayor Jonas Cortes’ new executive order (EO) as the city transitions to MGCQ from GCQ.

In his EO, Cortes banned trucks from Mandaue City roads from 6 until 8 a.m. and 5 to 7 p.m. daily, except Sundays and holidays, beginning next week.

The truck ban was lifted when Mandaue City was placed under ECQ last April. (JKV)