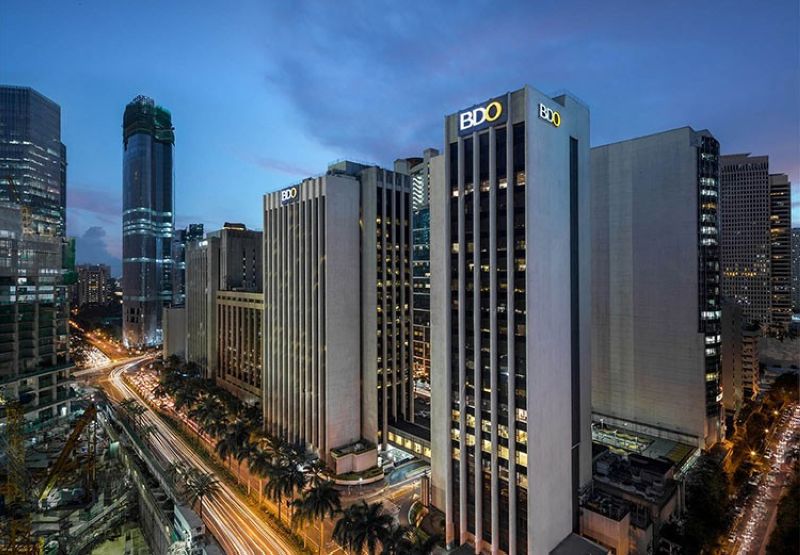 ALPHA Southeast Asia named BDO Unibank Inc. as the Best Bank and the Best Cash Management Bank in the Philippines during its 14th Financial Institution Awards.

The financial publication also recognized the bank’s subsidiaries led by BDO Private Bank, which has won the Best Wealth Management Bank in the Philippines for the 13th straight year. Investment banking arm BDO Capital and Investment, for its part, was awarded the Best Equity House in the Philippines.

Alpha Southeast Asia evaluated the deals and transaction volumes of financial institutions based in Indonesia, Malaysia, Philippines, Singapore, Thailand, and Vietnam from June 2019 to May 2020. After a “thorough and intensive” process, it arrived at this year’s list of awardees.

“These are truly important awards for BDO, especially during this time. They belong to the bank’s 38,000-strong workforce. Because of their commitment and resourcefulness to serve Filipinos amid the new normal, we are now operating at 100 percent -- a true testament to the ‘We Find Ways’ philosophy of BDO,” said Nestor V. Tan, president and chief executive officer of BDO.

BDO is a nine-time Best Bank in the Philippines Awardee in the Financial Institution Awards. This year, Alpha Southeast Asia noted the bank’s resiliency against a very challenging backdrop: “Despite a global economic slowdown, the resilience of the local economy has helped banks like BDO surpass previous highs including significant improvement on profitability, net income, bank’s cost-to-income ratio, asset quality as well as total shareholder returns.”

The financial publication also underscored BDO’s strategy in ensuring cash accessibility to its clients for the fifth time with the Best Cash Management Bank in the Philippines Award. It lauded the bank’s consultative approach and innovative solutions to meet its clientele’s constantly changing requirements.

“BDO Private Bank is a unique institution unlike any other in the Philippines, and elsewhere. In a country where the biggest exports are its own people... it has carved out a niche to service an emerging segment of wealthy individuals,” said Alpha Southeast Asia.

It attributed BDO Private Bank’s 13-year reign as the Best Wealth Management Bank in the Philippines to its open architecture model, which provides clients with the freedom to design their investment strategy and achieve the best returns.

While many global private banks experienced cutbacks combined with an all-time low confidence level among high net worth individuals, the finance magazine noted that BDO Private Bank saw improvement in its balance sheet, “which is perhaps the greatest proof why its business model inarguably works best.”

During the awards period, BDO Capital partnered with several small, medium, and very large firms from diverse industries and helped conclude their deals. For exemplifying its expertise throughout each successful transaction, Alpha Southeast Asia honored the BDO subsidiary with the Best Equity House in the Philippines Award for the 5th time, calling it “one of the most powerful equity market distribution platforms in the Philippines today.”

The financial publication predicts that with the country returning to the radar of foreign investors and the improving performance of the Philippine Stock Exchange, BDO Capital is poised to sustain the upward movement of its market share.