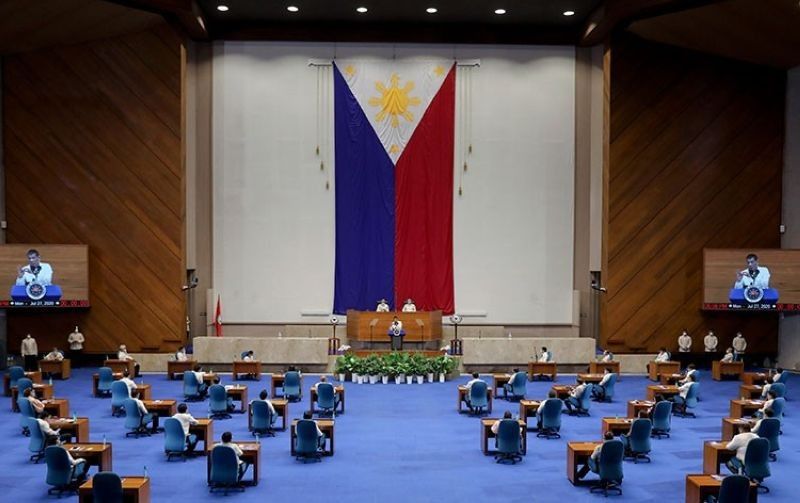 A REENACTED budget is expected for 2021 because it is already impossible to approve the budget bill before the year ends, Senator Panfilo Lacson said Wednesday, October 7, 2020.

Based on the budgeting process, the budget bill is first discussed at the House of Representatives, initially through the committee on appropriations and later in the plenary.

The Senate may deliberate on the national budget in plenary after the House approves it on third and final reading.

The House then declared a break more than a week ahead of its approved schedule.

A committee led by Majority Leader Martin Romualdez will accept and deliberate on proposed committee and individual amendments to the bill until November 5. The same committee may then terminate the period of amendments.

Lacson earlier said it will take a week to print the budget bill before it could be transmitted to the Senate.

"Take note that they have to print the documents prior to transmittal to the Senate," Lacson said.

Deputy Speaker Boyet Gonzales, one of Cayetano's allies, said it will take three weeks to print the budget bill.

Senate Pro Tempore Ralph Recto said the Senate needs about two weeks to discuss and finalize their version of the budget bill.

“The Senate traditionally holds morning to midnight debates for two weeks on the general appropriations act. That will still be observed this year. There will be no reenacted budget but a revamped budget is a certainty,” Recto said.

Assuming that both chambers of Congress have already passed the budget by December, they will still need to convene in a bicameral conference committee to reconcile their versions of the budget bill.

A bill may become a law, even without President Rodrigo Duterte’s signature, if the President does not sign a bill within 30 days from receipt in his office.

A bill can also become a law without the President’s signature if Congress "overrides a presidential veto by two-thirds vote."

According to Malacañang, the Senate can already enact on the budget even without the House's approval on third and final reading.

"What is important is that the House has already commenced its deliberation on the budget. Meaning, the Senate can also act on the budget already, because there is no requirement that the Senate must wait for the approval on third and final reading," Presidential Spokesperson Harry Roque said.

"It is enough that the budget has originated from the House, and I think the fact that it has been approved on second reading, it is enough for the Senate to, at least, proceed with its own deliberations. Although, they will still have to await the final copy of the House bill ‘no before they can themselves approve," he added. (SunStar Philippines)