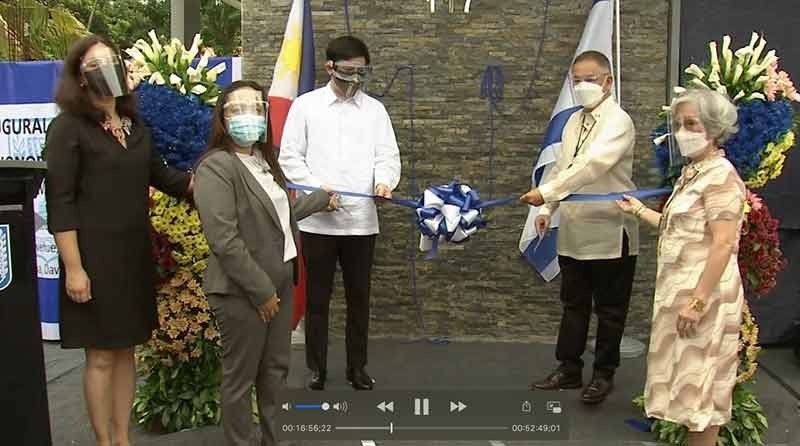 THE presence of the Honorary Consulate of Israel for Mindanao in Davao City is seen to open business and investment opportunities in agriculture and tourism.

“The new honorary consul is to assist the private sector to conduct business, open doors and identify opportunities,” Rafael Harpaz, Israeli ambassador to the Philippines, said during a virtual press conference on October 6, 2020.

He said Israeli companies have been engaged in business here and continually looking for new investments in Mindanao.

“Israel has been active in the agricultural sector of the region for several decades,” Harpaz said.

He said Israel has a variety of agricultural technology that it can introduce to Mindanao.

“Israel has become a world leader in technology, innovation and smart agriculture, among others. We can learn and benefit from them,” Jorge Marquez, honorary consul for Mindanao, said.

“Since we are the food basket of this country, vast areas of Mindanao will be developed further,” he said.

Marquez added Mindanao is the source of a lot of raw materials, having a substantial volume of coffee, cacao and bananas, among others.

He said one of the specific areas Israeli investors can explore in Mindanao is in the value-adding of raw products produced here.

“One of the reasons why Mindanao remains as raw materials suppliers is because we are not able to bring to a higher level. We would need Israeli innovation and technology in processing the raw materials that we produce, “ Marquez said.

Harpaz said Israel would be willing to share its technology with the Philippines.

“Our mentality is to always look for the next thing and share it. The Philippines can be a cluster for innovation technology,” he said.

Another investment opportunity between Israel and Mindanao could be tourism. Harpaz said they see great potential in the tourism sector of the island.

He said Mindanao has been a top destination for may Israeli tourists with many going to Siargao and Camiguin before the Covid-19 pandemic.

Harpaz said Israeli tourists would fly to Hong Kong then to Davao City before proceeding to various tourist destinations in Mindanao. Cathay Pacific’s Cathay Dragon has been operating flights between Hong Kong and Davao but has been suspended until further notice due to the pandemic.

Prior to the pandemic, there were already discussions on launching direct flights between Israel and the Philippines.

Aside from tourism and agriculture, Harpaz revealed that an Israeli energy company is searching for oil and gas at the Sulu Sea. They are currently in their research phase.

“The honorary consulate of Israel in Davao City has played an instrumental role. Its presence will encourage Israeli citizens to consider Davao and its environs as a tourist, investment, or retirement destination,” Department of Foreign Affairs Secretary Teodoro Locsin Jr. said.

The Embassy of Israel in the Philippines inaugurated the Honorary Consulate of Israel for Mindanao on October 6, 2020. Marquez was also installed as the honorary consul for Mindanao.

The opening of an honorary consulate in Mindanao is a result of the visit of President Rodrigo R. Duterte to Israel in 2018.

Harpaz said the visit of the President has gained the interest of the Israeli private sector to look at the Philippines as an investment destination.